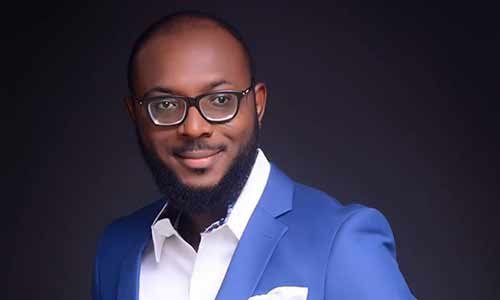 Controversies still continue to trail the face-off between the Independent Corrupt Practices & Other Offences Related Commission (ICPC) and Mr. F. Baba Isa over an alleged 550 million money laundering case levied against him.

It would be recalled that the Nigerian Bar Association has equally waded in cautioning the ICPC from further harassing him.

However, he has released a press statement debunking all the assertions of the ICPC in response to the statement issued by the NBA.

Meanwhile, this is contained in a statement signed by him which was made available to TheNigeriaLawyer.

He revealed that ICPC procured a court order to remand him on false statements contained in the affidavit before the Court.

Besides, he noted that the statement of ICPC tagging a lawful Court order as “mere agreement” is an affront to the rule of Law. Furthermore, he contended that he is not a suspect but merely acted as a Legal Practitioner.

Also, he noted that at all time, whenever ICPC issues any statement, he would be replying same in order to put the facts on a straight record.

F. BABA ISA, ESQ: ICPC RESPONSE TO NBA; ANOTHER ROUND OF MISREPRESENTATION, DISTORTION AND CONCEALMENT OF THE REAL FACTS AND LAW

The Independent Corrupt Practices and Other Related Offences Commission, ICPC, has released a statement, signed by its chairman, in response to the Press Release issued by the Nigerian Bar Association, NBA, cautioning them from harassing me. (Find the ICPC’s response attached).

2. In a desperate effort to gaslight the NBA that bravely stood up for me, the ICPC concealed and misrepresented some facts I will hereby put straight as briefly as possible. I’m not holding brief for the NBA. The NBA put up their statement after going through court processes, records of proceeding, the judgment and other documents. I know it was a well-considered statement. I just have to put the facts straight.

3. First of all, the fact that in many places in their response, the ICPC, stated clearly that they think I am guilty of an offence that I have not even been tried for is an unjust bias I will leave for others to comment on. In Paragraph 1 of their response, the ICPC stated that they were not aware of the terms of settlement that was adopted and entered as a consent judgment of the Federal High Court. And I ask? How is that my fault?

4. The Terms of Settlement was filed on the 13th of May, 2020 and the Motion for Discontinuance was filed on the 14th of May, 2020. How come ICPC got the Motion but did not get the Terms of Settlement? Even if the Court Bailiff failed to serve them the terms or any other court process; how is that my fault? The terms was in the court file, not in my house nor my office. It is a public document. Or are they saying I hid the document in a court file so that they would not see it?

5. They admitted that they were also in court the day the terms were adopted and entered as judgment, nothing stops them from drawing the court’s attention to the fact that they were not served the terms even after they had been struck out. The court is not a firing squad. The judge would have listened to them and take heed if any wrong was about to happen. But they did not say anything. They would have even asked the judge to hold off on the adoption of the terms so that they could bring an application to set aside their striking out. They did not do this. They chose to challenge the judgment by sitting on appeal on it and arresting lawyers who represented parties.

6. In paragraph 2 and 3 of their Response, ICPC admitted that the consent judgment was gotten through a valid court proceeding where they were struck out by the Court. That is why I do not understand why they will say in this same publication, the penultimate paragraph, that the restriction on the account was lifted pursuant to a mere agreement between my client and GTB. Is a judgment of court now a “mere agreement” in the estimation of ICPC? Wow.

10. I also personally told their lawyer, Ephraim Otti, Esq., when I went for a meeting in their office on 1st of June, 2020. Even if it is true that the court bailiff failed to serve them, it is not our fault. It is the duty of their lawyer to find out the status of a case and all documents filed before a hearing. That is not my job.

11. ICPC has no powers to sit in their posh offices and decide that a judicial process against them is fraudulent. They have no powers to declare a judgment of a Federal High Court a “mere agreement”. They cannot sit in their office and question the exercise of the judicial powers of a judge. This is an attack on the judiciary. This is a classic case of abuse of power that the NBA talked about in their press release.

12. ICPC said I am being invited as a suspect not a Legal Practitioner that handled a case for a suspect and is still handling a case against them for the same suspect they have in their custody. But do the facts of the case say so? No, they do not.

13. So, why am I a suspect? Reading the statement issued by the ICPC here attached, you will see that I am a suspect because ICPC arrested my client since October, 2019 and released her without charging her to court nor getting an order to forfeit the money in her account to the Federal Government, yet they claim that they knew since October, 2019 that the money is a proceed of crime.

16. Read ICPC’s response to the NBA again and you will see that these are the facts they stated therein for why I am a suspect.

17. But am I a suspect in this case? No, I am not. I am a lawyer who represented a client and ICPC do not have the powers to invite nor arrest me without a court order. And I would not be emotionally blackmailed into honouring their illegal invitation just to prove that “I have nothing to hide”. That is how illegality gets institutionalised. I would not be a part of that. Lawyers cannot just be invited nor arrested to breach attorney-client privilege just by tagging them “suspects”. Is the Honourable Judge also a “suspect” for entering the judgment?

18. I have approached the Federal High Court, Abuja, vide an Originating Summons challenging their illegal invitation to me. I will let the court decide. ICPC has been served with the court processes and if they are a law abiding institution, which they ought to be, they will also not take any action until the question of if they have the powers to invite me without a court order is settled in court. (Find attached the Originating Summons).

20. Their entire prayers and affidavit was intended to mislead the Honourable Court that I was in their custody; this is because they know that a remand order can only be granted when a suspect is in custody. The section of ACJA (section 293) they premised their application on clearly stated thus. Section 294 of ACJA made it abundantly clear that the Court has to examine the reason for the arrest before granting a remand order but they misled the court into granting a remand order, while the court, thought by looking at their affidavit it was actually examining a real reason for an arrest… an arrest which never happened.

21. Section 294 of ACJA made it clear that before a remand order is granted by the court, the court will examine the reason for the arrest and be satisfied that there is reasonable grounds to believe that the suspect has been involved in the commission of the alleged offence. In this case there is absolutely no offence. I simply did my job as a legal practitioner, obtained a valid court judgment for my client, held money in client’s account for my client, carried out client instructions to transfer money and earned my fees. All these are legal.

22. So, when they said it was just an invitation, it is not true. They planned to detain me for 14 days and compel me to breach attorney-client privilege. They had already procured a remand order before they sent out their purported invitation letter. A remand order gotten before arrest is not just illegal but malicious and vindictive. I have also filed a motion before the same court to vacate the said remand order and restrain them from arresting me pending the determination of the originating summons challenging their invitation. This is what you do if you are sure an order of court is illegal: you approach the court to set it aside not arrest the lawyer. (Find my application to quash the said remand order attached).

23. Finally, I see that ICPC is concerned about the press releases I am issuing. They said that in their statement. Well, they should be concerned, because I don’t just issue mere words, I back it up with verifiable documents and hard core evidence. That is why NBA issued that statement in my support, they are not just shielding me, they are shielding the rule of law and the sanctity of the judiciary from the jackboot of those who are bent on trampling upon it.

24. Let ICPC not, also, forget that they came to the media first. For over a week after they rearrested my client and froze all my accounts, I didn’t say anything, I wanted to even go to their office on my own without any invitation, until I found out they had procured an illegal remand order, until they issued a press statement on the 19th of June, 2020. Then I responded on 22nd of June, 2020, I hereby put them on notice that for every press release they issue, I will respond. I must tell my side of the story backed with evidence where a false and misleading position has been put forward by them.

25. I thank the NBA, I thank all lawyers, I thank Nigerians for their immense support. God bless you all.