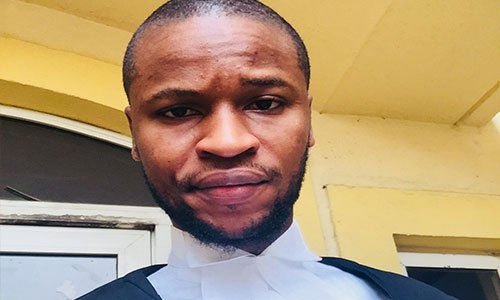 Having read the article written by Abubakar D. Sani titled ‘Recovering Bank Debts: Is AMCON a Meddlesome Interloper?’(Published at https://thenigerialawyer.com/recovering-bank-debts-is-amcon-a-meddlesome-interloper-by-abubakar-d-sani-esq/ ) I consider it instructive to address certain submissions made by the learned commentator on the position of AMCON in relation to recovering non-performing loans of banks.

The learned commentator had argued in his article under reference that Section 33-35 of the Asset Management Corporation of Nigeria Act 2010 constitutes a radical revision of the hallowed doctrine of privity of contract and the presumption against retrospectivity of legislation vis-à-vis vested rights. The crux of his argument is that the said Sections depart from the established principle of privity of contract by empowering AMCON to step into the shoes of banks by assuming their rights vis-à-vis their customers. He cited judicial authorities to the effect that a statute does not retrospectively abrogate vested rights or take away proprietary rights without making provision for compensation and submitted that the AMCON Act to the extent that it purports to abrogate or take away vested rights of bank customers already existing before the commencement of the Act without providing compensation is ultra vires and invalid. The learned commentator finally submitted that the Act can only apply to transactions made between Banks and their customers after the commencement of the Act.

Respectfully, the above submissions of the learned commentator are fundamentally wrong in law and borne out of shallow appreciation of the doctrine of privity of contract, and the practice of recovering non-performing loans of banks under the AMCON Act.

Firstly, whilst it trite that by the doctrine of privity of contract, a stranger cannot enquire into a contract or enforce same, it is noteworthy that the doctrine is not without exceptions. One of the notorious exceptions to the doctrine of privity of contract which is relevant to this discuss is ‘Assignment of right in a contract’. By assignment, a party to contract transfers all their rights, interest and liability to another and by so doing assigns to that other the right to sue. It is hornbook law that where a valid loan is assigned to another, the assignee acquires all the rights, title and interest of the assignor and may sue for, collect and receive any lawful interest provided for in the loan agreement. Please see Bateman v. Liggett (1979) 279 N.W 2d 137, Beloxxi & Co Ltd & Anor v. South Trust Bank & Ors (2014) LPELR-223388(CA).

By and large, the relationship between the eligible financial institutions (the banks) and AMCON is purely contractual whereby the banks sell off the non-performing loans to AMCON and transfers all their rights and interests under the loan agreement with the customers to AMCON, thereby empowering AMCON to take all steps necessary including instituting an action against the defaulting debtor to recover the said debt. This clearly falls within the aforementioned exception to the doctrine of privity of contract and is not in any way an innovation of Section 35 of the AMCON Act. It is noteworthy that AMCON purchases these loans from the Banks thereby stepping into the position of the Bank in respect of the said loan. See Section 25 and 26 of the Act. Usually a loan purchase agreement is executed between the banks and AMCON evidencing the sale of the loans to AMCON. See section 32 of the Act.

Notably, Mr. Abubakar D. Sani wrongly applied the cases of Ojokolobo v. Alamu (1987) 18 NSCC pt. II pg. 1003 and Afolabi v. Governor of Oyo state (1985) 2 NSCC pt. II pg. 1151 in support of his argument on the invalidity of the AMCON Act to the extent that it purports to apply retrospectively to transactions made between the banks and their customers before the commencement of the Act. Those cases were rather overstretched by the learned commentator as they do not support his argument. Further his argument on that point is fundamentally untenable. Any person whether Juristic or natural can purchase non-performing loans of banks  and therefore acquire the rights and liabilities of that party and proceed to recover the loan from the debtor, even though they were not parties to the contract. This agelong principle of law was only codified and given statutory imprimatur for the purpose of enabling AMCON to efficiently resolve non-performing loans of banks.

Finally, the AMCON Act does not take away any ‘vested/proprietary rights of bank customers’ as wrongly conceived by the learned commentator. A customer of a bank who disputes a loan sold to AMCON reserves the right institute an action either against the Bank or AMCON challenging the said debt.