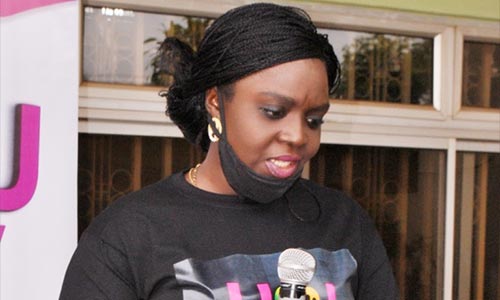 Growing up, Maikori was more than a name. He was an emblem, a concept, someone larger than life.

Our parents would point at him in the television screen with an air of ownership and pride. Whoever he was, he must be great, I often imagined with amused surprise.

In time I came to learn he was a man with a litany of firsts in Southern Kaduna: the first lawyer, first Director of Public Prosecutions, first chief registrar of Kaduna state High court and just when he was to be elevated as a Judge of the High Court, made a radical swerve into the world of banking and corporate practice.

In the early 90s, Maikori made an audacious foray into Politics. With uncertainties in sight and a clear resolve to not play the ball in his own court , he contested the Gubernatorial seat in Kaduna and challenged the elections all the way to the Court of Appeal in the case of A.A. Maikori v. Dabo Mohammed Lere & 3Ors CA/K/4/EP/92.

It is nearly impossible to find fitting adjectives to describe him. A meek description is to define him as a man who was human and recognized the inherent dignity in his humanity.

It reflected in the manner he made a head first take on everything he chose to do- that is beyond inspiring for the people of Southern Kaduna who are constantly plagued by structural injustices that threaten to make them feel less than who they are.

When I met him during his ill health, I saw in him a man who wanted to do more with life than just give up. Baba was a champion of life.

For those of us who come behind him, the hills he climbed, the valleys he navigated and the cracks he worked to fill so our generation can take the mountains, leave us inspired to do more than just show up on the stage of life and of time.

We feel privileged at MIVE Legals, House of Justice to have had Baba A.A. Maikori as our client and honoured that a first rate lawyer would find us worthy to be of service to him.

As the earth claims his mortal body and he joins with the saints triumphant, we at House of Justice extend our deepest condolences to the Maikori family for the loss of a life of purpose and one that prevailed.

May the angels usher Baba A.A. Maikori Esq into the presence of the Eternal King and may the good Lord rise to hug him as he would a friend.

Ballason is the Principal Partner MIVE Legals & C.E.O.House of Justice, a public interest litigation firm in Kaduna, She may be reached at: gloriaballason@houseofjusticeng.com