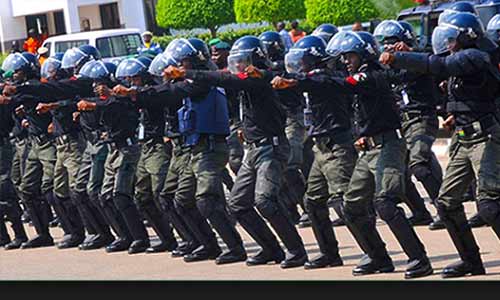 A total of 9, 694 have graduated as pioneer special constables for community policing programme, the Ministry of Police Affairs has stated.

A statement by the Acting Director/Head Press and Public Relations Unit, Odutayo Oluseyi, on Sunday, indicated they graduated in 13 other different training centres across the country simultaneously.

He said they were trained in basic police duties, concepts of rule of law, police-community relations, intelligence gathering, neighborhood policing, basic knowledge of Human Rights and consequence of abuse of office in a democratic setting, amongst others.

He said they were ready to be deployed to their various communities to bring Police activities closer to the people.

According to the statement, the Minister of Police Affairs, Muhammad Maigari Dingyadi, disclosed these at the passing out parade for the pioneer set from Zamfara state at the Police College, Kaduna

He said the Minister was delighted by the efforts of the administration of President Muhamadu Buhari.

‘’What we are witnessing today forms the nucleus of community policing initiative and the reform agenda of Mr. President,” the statement quoted the Minister.

The statement reads in part: “While affirming the justification of the establishment of Ministry of Police Affairs, he said community policing in Nigeria is one of the dynamic innovations aimed at bringing policing closer to the people through their participation to effectively curb crime and criminality.

“He said further that the knowledge they have acquired on the need for respect of human rights in a democratic setting will be of immense benefits in the discharge of their duties to forestall such infractions, which led to recent #EndSars protest in the country.

“Dingyadi appreciated the efforts of the Inspector General of Police and his Management team, State Governors, Local Govt. Chairmen, Community Leaders and other Stakeholders who worked collectively to achieve the feet.

“Speaking earlier, the commandant, Police college Kaduna, CP Abdulkarim Dauda psc said the passing out of the special constabulary at the Police College is historic and implored them to operate professionally, gallantly, courageously and to live above board in the discharge of their responsibilities while shunning all forms of corruption and its tendencies.

“He thanked the Honourable Minister of Police Affairs and the Inspector General of Police for giving him and the Institution the opportunity to train the special constabulary.”