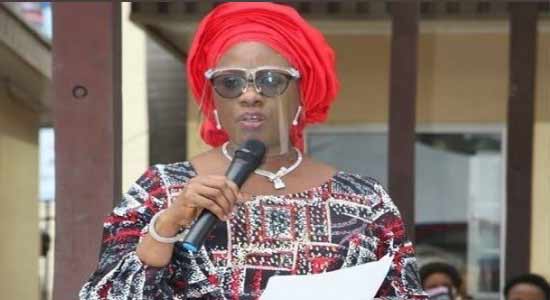 The Lagos State Government has said 89 men reported that they were battered by their wives in cases of domestic violence between 2020 and the first quarter of 2021.

The Commissioner for Women Affairs and Poverty Alleviation (WAPA), Cecilia Bolaji Dada, stated this on Tuesday at a ministerial news conference to mark the second year of Governor Babajide Sanwo-Olu in office, held in Ikeja, Lagos.

The commissioner said, in 2020, a total of 46 men reported at the ministry that their wives violated them.

She added that in the first quarter of 2021, a total of 43 men reported battering by their wives, making it a total of 89 in less than two years.

She said the figure captured only cases reported to WAPA and that some cases had been reported directly to the Ministry of Justice and police station which the ministry might not be aware of.

Dada, however, disclosed that a total of 664 women were battered by their husbands in Lagos in the past year, according to cases reported at WAPA.

Dada disclosed that empowerment initiatives and Poverty Alleviation Programmes of the ministry has impacted the lives of over 48,000 residents of the state in the last two years.

She said WAPA would also start exposing its trainees to the use of technology and also enlighten women on newer practices in vocational training, considering the effects of COVID-19 and the need to adapt to the new normal within the digital space.

She said: “In view of this, there will be a training of 500 women on entrepreneurial and digital marketing techniques come June 2021, as part of plans to mark this year’s International Widows Day.”

“In addition, WAPA is equally expanding the scope of activities with a view to creating more avenues for our women to leverage on a professional platform. That is why 5,780 participants were incorporated into our Mega Empowerment initiative so that through their productivity, they can also contribute to the increase in GDP of Lagos State.”