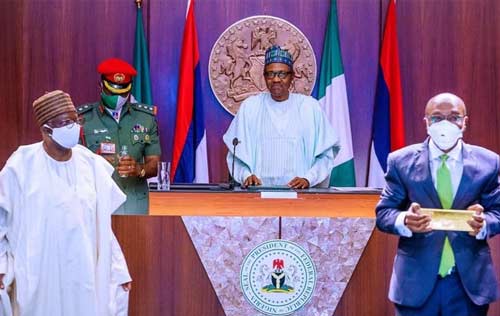 Fresh agitation is building in the Niger Delta region following perceived inequality in the implementation of the law guiding ownership and exploitation of solid minerals in the country.

Niger Delta leaders and prominent interest groups were said to be angry that indigenous artisans in Zamfara and other parts of the north were allowed to exploit and sell gold and other solid minerals within their domains while such acts were forbidden in the Niger Delta.

It was learnt the matter was aggravated by the alleged sale of a bar of gold to the Central Bank of Nigeria (CBN) at N5bn by the Zamfara Government.

A former agitator, High Chief Sobomabo Jackrich, on Friday backed the recent position of Deputy Senate President, Ovie Omo-Agege, who described the development as unjust and against the law of the country.

He said: “This law vested the control of all properties and minerals in Nigeria in the state and prohibits unauthorized exploration or exploitation of minerals. Land in which minerals have been found in commercial quantities shall be acquired by the federal government, in accordance with the land use Act. Accordingly, mines and minerals including oilfields, oil mining, geological surveys and natural gas are exclusively under the control of the federal government.

Jackrich, who is the founder of the Network for Defence of Democracy and Good Governance (NDDGG), said the report of the Zamafara gold and the CBN meant that “there are two different laws for two different people in the same country”.

“If you go through the dictates of PAGMI, you’d quickly understand what we are saying. For instance, PAGMI is empowered to buy all the gold produced by artisanal and small scale miners for supply to the Central Bank of Nigeria.

“The CBN is supposed to purchase gold that has been mined, processed and refined under the PAGMI for use as part of Nigeria’s foreign reserves.