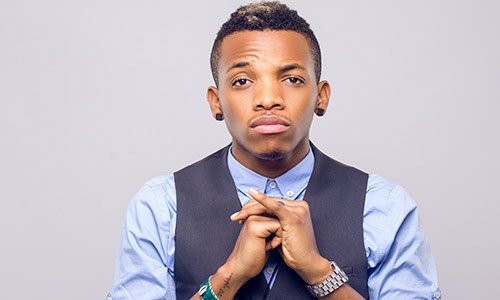 Like a vulture feasting on a dead prey, I was heavily antagonized for making a Post of Appreciation to the Federal Government’s move of arresting Tekno. Some criticized me because to them, there are other pressing issues which demand the Government’s concern, therefore the arrest of Tekno and Naira Marley was the least urgent.

Others argued that my comment is a demonstration of a moralistic viewpoint which on every stance contradicts the positivist position of what law stands for. While others though not sure, just believe in their innermost that the extant laws do not prohibit the so-called act of nudity displayed by Tekno.

For the record, Tenko was arrested for shooting a video or in short, aiding the shooting of a video wherein, ladies were dressed almost nude/half-naked, and in all summary, nude, in a moving truck to the full glare of the already tired Nigerians. After considering the comments to my Note of Appreciation, I can conclude that there are three groups of fellows who disagree with my stand.

1). Those who hate/dislike Buhari/his government, and can never see anything good in him or it;

2) Those who believe that for all they care, actions on nudity cannot take its course, not until the inferno of Herdsmen massacre and other vices of like-nature have been curbed;

3). Those who think that the arrest has no legal backing whatsoever.

For the first two groups of fellows, there is hardly anything one say that will convince them, because Buhari is just one name not to be mentioned among great thinkers and self-made democrats. So to make my work worth the read, I will hardly consider them as my audience; my focus will be directed at the legalists.

MORALITY AND THE LAW:

Both words in short, represents two Giant and Foremost Schools of Law. Videlicet: The Naturalist and the Positivist School of law. The argument from both ends is that, the law is based on man’s reasoning and, man’s reasoning cannot survive the test of what the law is, therefore the law is what it is and not what it ought to be.

I believe that the premise of the argument of those who used this reasoning to address the issues that arose from my post, is because I condemned the act of immorality displayed in the said Tenkno-video, but unfortunately, what these folks failed to subscribe their reasoning to is the fact that not all acts of immorality is condoned by the society. What this means is that Immorality may just be a word, but heavily beaten by the Law in some instances, and in guise.

Section 36 (12) of the 1999 Constitution of the Federal Republic of Nigeria is to the effect that one cannot be said to be guilty of a crime, save same is found in a written law of the land. Indeed, there are some acts which are morally wrong, but not against the extant laws. E.g., Fornication, masturbation, etc. However, there are some acts considered immoral which are prohibited or restricted by law. The only thing is that, they are not proscribed as immoral, but given certain names as crimes to satisfy Section 36 (12). The question therefore is: are acts of nudity forbidden by the law?

THE NIGERIAN LAW OF PUBLIC NUDITY:

Nudity can simply be described as the act of not having clothes on. But so far the law of nudity is concerned, we are talking about the act of not wearing cloths, thus exposing certain sensitive parts of the body whether directly or indirectly, such that it causes distress or annoys the next person.
The issue therefore should be: whether the act offends the next person? In other not to be caught under the web of the law, tests that are to be considered are whether the display was private, or whether or not the consent of the other person was given.

TheBigBrotherNaija Show has been widely condemned by many folks. Well, I am not a fan as well. The Government was even called upon to ban the show for being offensive, but what the question should be is: are the sex and kissing in BBN done in the public or in a secluded place? Two, how can one get access to the show?

The same has to subscribe to a cable and get the relevant channel, which means that if one does not want to see it, the same can tell the service-providers not to include it in the list of channels, right? That’s privacy. It’s like a man who decides to buy a pornographic film or movie, and watches himself to stupor. It’s one choice.

Compare this to Tekno’s act of displaying nude ladies in the public, without the consent of each and everyone of the public involved. Note, not only were they half-naked, they were dancing seductively.

This took place in Lagos, and I trust the Lagos Jurisdiction for its doggedness in legal reforms. What does the law says?

Section 136 of the Criminal Law of Lagos State, 2015, states that any person, who commits ANY ACT OF GROSS INDECENCY WITH ANOTHER PERSON IN PUBLIC, commits an offence and is liable upon conviction to three years imprisonment.

The key words here are: Gross Indecency, Another Person, and In Public. The question here are: is it decent to have strippers dance seductively in the full glare of the public? I will leave my readers to interpret that.

What does the law say again?

Section 26 of the Violence Against Persons Act 2015 states that:

(1) A person who INTENTIONALLY EXPOSES HIS OR HER GENITAL ORGANS, OR A SUBSTANTIAL PART thereof with the INTENTION OF CAUSING DISTRESS TO THE OTHER PARTY, or that another party seeing it may be tempted or induced to commit an offence under this Act, commits an offence termed ‘indecent exposure’.

(2) A person who intentionally exposes his or her genital organs, or a substantial part thereof, and induces another to either massage, or touch with the intention of deriving sexual pleasure commits an offence.

The above law prohibits INDECENT EXPOSURE. The point I am trying to drive at is that public nudity is an immoral act prohibited by law.
The Nigerian law on Nudity is such that even the current Cyber Crime Law regimes deal with it. Let us see one or two.

Section 23 (2) Cybercrime prohibition, prevention, etc, Act 2015 criminalizes the unsolicited distribution of pornographic images from one computer to another computer. An offender will be sentenced to one year in prison and/or a fine of N250,000. In fact, the Criminal Law of Lagos State 2015 criminalizes the distribution or publication of any article (film, picture, sound recording, etc.) deemed to be obscene, i.e. capable or corrupting or depraving persons exposed to it.

Now, I must say that not all of these laws may find Tenko and others in his shoe guilty, but even one of the cited provisions is enough to nail him, and in all sincerity, Section 136 of the Criminal Law of Lagos State, 2015, is the best provision any prosecutor can use against him.

Now, whether others have been doing it or not, is not the issue, but the point is that the law prohibits some act of nudity. It is no longer business as usual. In fact, there is currently before the National Assembly, a bill for AN ACT TO PROHIBIT AND PUNISH PUBLIC NUDITY, SEXUAL INTIMIDATION AND OTHER RELATED. When this is successfully passed to law, the red sea will be clearly defined.

Public Nudity is against the law. Let those who support Tenko and his likes, be warned, because if the Government comes after you, the Facebook Court will never save you. I know the fans, and haters of the Government may be offended. Some have even classified me as one religious bigot for supporting the move. Well kudos! But just take me as one of those in distress or one of those offended at the nude-act. Besides, Tekno has come out to apologize, so why take panadol for another man’s headache?

In all know this, the Law is polygamous, and Morality is one of the many wives of the Law. The only thing is that, Morality as a wives has changed her name to bear that of her Husband.