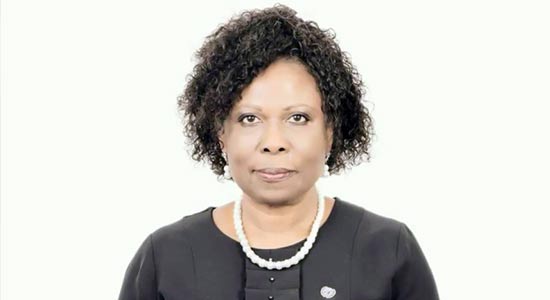 – Faults Use Of Private Mail In Carrying For Official Assignment

Fiery Bar Activist and former Secretary of the Nigerian Bar Association (NBA), Lagos Branch, Dame Carol Ajie has faulted the countermand issued by the NBA Secretary General, Joyce Oduah, withdrawing the Notice to amend the NBA Constitution on grounds of non-compliance with the NBA Constitution.

Recall that Oduah had on August 12, 2022, sent out a series of emails via her private mail account withdrawing the notice of the proposed NBA constitutional amendment alleging that the notice failed to meet the required 30-day notice to be given for any such amendment.

In a statement made available to newsmen titled: “NBA GS Unauthorized Countermand”, but addressed to the NBA Secretary General, the allegation of non-compliance was solely occasioned by the failure and neglect of Mrs. Oduah to send the notice of the amendment at an earlier date despite being directed to do so at an early date.

Mrs. Ajie further faulted the use of a private mail address in carrying out such a critical official assignment, which, according to the former NBA Lagos Secretary General, ought to be performed using the official NBA mail address meant for such purpose.

According to Dame Ajie, Mrs. Oduah’s actions require discipline, recalling an event in 1987/88 when a vote of no confidence was passed on the then NBA Secretary General, Segun Onakoya, at the AGC held in Kaduna State; with Alao Aka Bashorun, as the then NBA President.

“Out of your mind? Be examined for the following reasons:

1) At Midnight it does seem you got up to send a Notice of Withdrawal dated 12th August 2022 retracting an earlier Notice that was duly approved by the National Officers of the Nigerian Bar Association.

2) Your said earlier Notice was sent close to the 30-Day Deadline for Notice of Constitutional Amendment and without the relevant attachment which you claimed you had attached in your email (Dereliction) and despite instruction to send it much earlier, neglected to comply therewith.

3) Failure to obtain authorization before you misconducted in sending the latter, the unauthorized Notice to all Lawyers

4) Despatched from your private email an important official matter with seeming intent to bemuse and bewilder NBA members.

RECALLING that in 1987/1988, the year I served my NYSC in Kaduna, was Platoon Leader, the NBA AGC held in Kaduna and a Vote of “No Confidence” was passed on the General Secretary of NBA Mr Segun Onakoya unlawful countermand of instructions of NBA President taken with National Officers. At the time Alao Aka Bashorun was the NBA President who recounted the illegality thereof and the GS’s Sponsor then couldn’t save him from the consequences of these sabotaging activities.

REMOVE THE GS AND APPOINT MS. NWADIALO AS ACTING GS.

If I were the NBA President, though the regime comes to a close August 26th, 2022, I would call the National Officers to an emergency meeting discuss your activities of sabotage, meant to destabilize the regime and cause confusion and we should have you removed from that GS office before you had further opportunities of getting up again at mid night slumberous and drafting irresponsibly sending unauthorized information to NBA members. And Officers would ask the Assistant Secretary Ms Nwadialo to act and sign official correspondences and reports as Acting General Secretary of NBA.

When I get to AGM on August 26th if I were the NBA President, I will state these reasons ref decision on your removal that you are apparent danger, in the face of the notorious incompetence for the office of GS.” The statement reads.