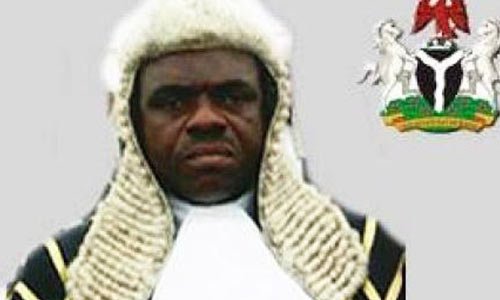 The inauguration of an Acting Chief Judge of the Federal High Court has not taken place because it has not been cleared by President Muhammadu Buhari, the Supreme Court’s information department said on Friday.

Justice Adamau Abdul-Kafarati had retired as the Chief Judge of the court on attaining the mandatory retirement age of 65 on Thursday, but 24 hours after his exit, nobody has been named to replace him, either in acting or substantive capacity.

The next most senior judge of the court, Justice John Tsoho, was scheduled to be sworn in as the Acting CJ by the Chief Justice of Nigeria, Justice Tanko Muhammad, at 10am on Friday.

But, responding to our Correspondent’s inquiry on Friday, the Director of Press and Information of the apex court, Dr. Festus Akande, who had, on Thursday, invited the Press for the coverage of the event, said the inauguration was scheduled in anticipation of clearance by President Muhammadu Buhari.

Akande said, “The swearing-in has not held because we are still waiting for communication from the President.

“The event was scheduled for today in anticipation of the communication from the President.

“So, we are expecting the communication any moment from now. Once we get it we will let you know.”

Guests at the Supreme Court, including a former Attorney-General of the Federation and Minister of Justice, Michael Andoakaa (SAN); and another judge of the court, Justice Mojisola Olatoregun, who is next in seniority to Justice Tsoho, left the venue when there was no sign that the event would hold as of 10.40am.

Theme Of Calabar Law Week Is A Conversation Lawyers Should Always...