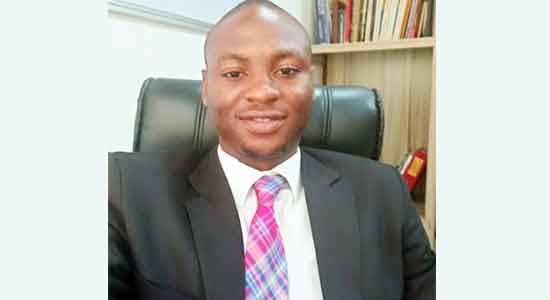 Ahead of elections, such as the 2023 general election in focus for Nigerians, as a build up to these elections, many factors and decisions by political parties and stakeholders plays out in respect of selection,  nomination and sponsorship of candidates whom will become flag bearers representing these political parties at the poll.

In recent times, the exercise of political parties in the selection, nomination and sponsorship of candidates has formed chiefly the basis of most pre-election disputes in our courts.

It is worthy of note that these pre-election disputes are not without negative effects on the political parties themselves which principal objective abinitio is to participate in an election and win. However, what we find in our courts are backlog of pre-election matters occasioned mainly by some anti-democratic decisions and actions of political parties.

I have always opined that if political parties cannot abide by simple tenets of democracy, fairness and justice in managing the internal affairs of their party, then what democratic principles do they intend to extend to the general public? I don’t require express answers to this, it is only directed at making us reflect on the nature of democracy we practice Nigeria.

Narrowing the issues down to my concerns which begat this piece, research has revealed that 70% of the pre-election disputes in our courts are as a result of grievances of Aspirants (party members), against their own political party decisions and actions, ( See section 285 (14)(a) of the 1999 constitution of the FRN as amended), especially in respect of conduct of primary elections within the party, in gross violation of the Party constitution,  the guidelines for the conduct of the said elections and the Electoral act.

This piece will briefly x-rays the role and duties of political parties in the selection, nomination and sponsorship of candidates ahead of General elections. This is because most political parties in an attempt to exercise their internal democratic powers in screening, nominating, and sponsoring of candidates for election have imported extraneous and mundane qualification criterion/standards which are in violation of the 1999 constitution of the FRN as amended and the Electoral Act, 2022, which are the principal legislations guiding election of candidates into public offices at every stage of the electoral process in Nigeria.

Notwithstanding, the fact that political parties are allowed to set up screening committees for aspirants desirous of contesting on the platform of such parties ahead of an election, which is to ensure the presentation of qualified and credible candidates in line with the requirements for qualification of a candidate to run for an office the candidate desires as provided for by the 1999 constitution, which is the grundnorn. Against this background, the Electoral Act, 2022 in section 84(3) has raised a caution which clearly reveal the scope and limit within which a political party can disqualify an aspirant for election, and anything short of same may amount to the party acting ultra-vice, an act that can be liken to the adventure of “Mungo park, engaging in the dreadful task of looking for the source of the Niger river”. For clarity, may I reproduce the provision of section 84(3) of the Electoral Act:

“A political party shall not impose nomination, qualification or disqualification criteria, measures or conditions, in its constitution, guidelines or rules for nomination of candidates for elections, except as prescribed in sections 65, 66, 106, 107, 137, 177, and 187 of the constitution”

By law, except for issues as to the authenticity of an aspirant as a card carrying member of a political party, political parties are forbidden to go outside the qualifications set for candidates as provided for in the 1999 constitution, sections 65, 66, 106, 107, 137, 177, and 187, in search of more grounds upon which to disqualify candidates for an election. A political party by the Electoral Act, upon its screening exercise, is bound to comply or adopt any of the procedure for nomination of candidates as provided for under section 84(2) of the Electoral Act, and thereafter present to the electoral commission (INEC) an aspirant who has emerged successful from the said valid process.

On the strength of the provision of the electoral act, the Act has successfully removed the carpet from under the feet of political parties upon which they can stand and import extraneous standards to disqualify aspirants for an election, rather places a duty on political parties to comply with the provisions of the Electoral Act in the nomination and sponsorship of candidates for elections. Therefore, all requirements by political parties for qualification and disqualification of a candidate are advised to be within the circumference of all the constitutional requirements for election into that office.

As an aside and by way of further expanding this argument, it is important to note that even the Independent National Electoral Commission (INEC) is not empowered by law to unilaterally disqualify a candidate from participating in an election. A community reading of the entire provisions of the 1999 Constitution and the Electoral Act 2022, there is no provision that empowers INEC to disqualify a candidate from contesting elections. As far back as 2017, the Supreme Court laid this to rest in Action Congress & Anor v. INEC reported in vol. 12 NWLR (part 1048) 270 at page 27, when my Lord per Onnoghen JSC, said “I have no hesitation whatsoever in holding that having regards tontge state of the applicable law, the Respondent (INEC) has no power either under the 1999 Constitution or Electoral Act, or other law to screen or disqualify any candidate for any election in Nigeria”.

Coming back home to our discuss, without prejudice to the importance of political parties as ‘the Vehicle which conveys candidates through the electoral process to win an election’ their roles and duties at the stage of screening,  nomination and sponsorship of candidates is one which is more of a watch dog, ensuring that the party fields credible candidates which will not be subject of disqualification by reason of the constitutional standards for disqualification of candidates under the various constitutional provisions as enshrined in the 1999 constitution of the Federal Republic of Nigeria.

It is against this background that political parties in Nigeria are urged not to engage in ‘wide goose chase’ in the name of exercising their powers to screen, nominate and sponsor candidates ahead of election…as going outside this parameters expressly stated in the 1999 constitution and re-echoed by the Electoral Act 2022 will only leave political parties entertaining unsolicited pre-election Litigation from members(aspirants) of the political party, same which certainly is within their constitutional rights. See Section 285(14) (a) of the Constitution and Section 84(12) Electoral Act 2022.

Notwithstanding the rights of Aspirants to seek redress in court, which I am not by any means underestimating by reason of my write up. The remedial procedure of pre-election litigations, are most times not without negative implications on the political parties, upon which these same litigants seeking justice are meant to be flag bearers.  These disputes in courts are not without shortcomings for the party, to wit: it threatens unity among party members, it questions the loyalty of litigants who approach courts for redress, ultimately, some serious pre-election disputes may lead to a political party exemption from participation in a general election or losing entirely seats already won by the party for certain irregularities occasioned in the electoral build up process (pre-election).

For instance, the notorious case of the Supreme Court nullifying the All Progressive Congress (APC) candidates’ elections, and declaring the People’s Democratic Party (PDP) winner of Zamfara state polls in the 2019 general election is still fresh in our memories. This was a product of pre-election crises, touching on conducts of primary elections in contravention of the Electoral Act.

On the whole, political parties must learn to thread with caution in their role in ensuring that aspirants are properly presented on their platform ahead of elections and on the long run successfully win elections, without suffering defeats as a result of self-inflicted political injuries occasioned by certain undemocratic processes within the internal affairs of the party.