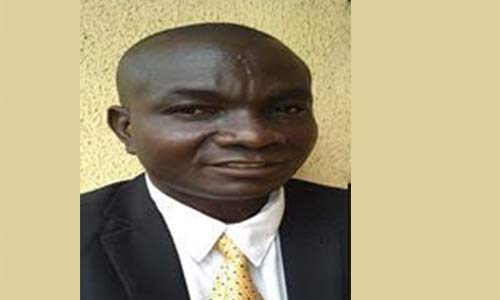 It is no longer a breaking news that commencement of a civil action in court in Nigeria by a party called ‘claimant/plaintiff’ against a party called ‘defendant’ for claim or claims is by filing a process referred to as ‘originating process’ provided for under the law or rules of court. Thus, filing of the originating process must be in accordance with the provision of the law or rules of the court.

It is an indisputable fact that courts including Magistrate Courts are creatures of statute and also confers on the court its jurisdiction. It is therefore convenient to say that all courts in Nigeria derive their powers and jurisdictions either from statute or the Constitution which is the Supreme organic fundamental law and the grundnorm of the country. This principle is fortified by the authority of Nuhu V. Ogele (2003) 18 NWLR (pt. 852) 251.

In consequence of the power conferred on the Chief Judge of the State under section 60 of Magistrates’ Courts Laws of Oyo State of the Federation 2000, the Chief Judge did make rules of court christened Oyo State Magistrate Courts (Civil Procedure) Rules 2012 wherein provision regulating the forms to be used in proceedings before the court is made under Order 2 rule 1.

‘On the application of any person desirous of instituting civil proceedings and on payment of the prescribed fees, the registrar shall enter in a book to be kept for this purpose in his office and called the Civil Cause Book a statement in writing, hereinafter called a plaint, stating the names and last known places of abode of the parties and the substance of the action intended to be brought, and every one of such plaints shall be numbered in every year, according to the order in which it shall be entered, and the registrar shall deliver to the applicant a plaint note.’ The underlines are mine for emphasis.

‘After a plaint has been entered, the magistrate or (if the magistrate so directs) the registrar shall issue a summons in the prescribed form directed to the defendant requiring him to appear at a certain, being not less than seven days from the date of service of such summons, and at a certain place, before the court to answer to the plaint.’ The underlines are mine for emphasis.

Contrary to unambiguous above quoted provisions of the Magistrate Courts (Civil Procedure)Rules 2012 made by the Chief Judge of Oyo State, the filing of a process known as ‘Particulars of Claim’ by many litigants through their various counsel as an initiating process to commence a civil action has become a common practice in Oyo State and a tradition in initiating civil proceedings in the Magisterial Districts of Oyo State Magistrate Courts as against the provision for Plaint, Summons and Application as initiating processes made under the Rules of Court.

This practice becomes a ubiquitous phenomenon in Ibadan Magisterial District of Oyo State Magistrate Courts as Tales by moonlight, a television programme, which often rings bell in the minds of many Nigerian Children. It is against this background that this paper is written with a view to examining the use of such process as initiating process vis-à-vis the Oyo State Magistrate Courts (Civil Procedure) Rules 2012.

‘Upon the expiration of the time stated in any such notice of the landlord’s intention to recover possession, if such tenant or any person holding or claiming by, through or under him, neglects or refuses to quit and deliver up possession accordingly, the landlord may apply, according to whether he is taking action in the High Court or a Magistrate’s Court, for the issue of a writ or enter a plaint, as in Form F, at his option either against such tenant or against such person so neglecting or refusing, in the court of the division or district, as the case may be, in which the premises are situate for the recovery of the same and thereupon a summons as in Form G shall issue to such tenant or person so neglecting’. The underlines are writer’s for emphasis.

Flowing from the above quoted provision of section 10 is the deductible fact that the mode of commencing action for recovery of premises is the issuance of a writ or entering of a plaint as in Form F upon application after the expiration of the time stated in the notice of the landlord’s intention to recover possession if the tenant refuses to deliver possession not filing of a process often titled: ‘Particulars of Claim’, process not known to law, by many landlords through their counsel.

Oyo State Magistrate Courts (Civil Procedure) Rules 2012 is the rules of procedure; the lubricants of the machinery of justice which contain minute details of the various steps which a litigant should take in the process of getting the court to hear and determine his case in his favour and it is a pillar upon which a case stands.

Filing an action with due process as provided for under the Law or the Rules which give court its power to entertain any case before it in a court of law presupposes that the court has jurisdiction.

With the above quoted provisions of the relevant rules and law extracted from the Oyo State Magistrate Courts (Civil Procedure) Rules 2012 and section 10 (1) of Recovery of Premises Law, Cap. 144, Laws of Oyo State 2000, it is safe to say that filing of any process be it originating or otherwise in any courts in Nigeria which the law or rules of such court do not provide for automatically ousts the said court of its competence and jurisdiction to entertain such matter.

It is humbly advised that the legal practitioner who is desirous of filing any process to commence any civil proceedings for his client for any claim should always endeavour to do so in full compliance with the provisions of the law or the rules of the court. This would save the court from being oust of its competence and jurisdiction to entertain matter before it.

It is equally noteworthy that filing due process before the court in accordance with the law or rules of court confers jurisdiction in the court and failure of which would make every step or decision made where a court lacks Jurisdiction in a suit a nullity and of no effect.

It is hereby finally recommended with humility that the filing of process titled ‘Particulars of Claim’ or ‘Claim’ in initiating a civil action in Oyo State Magistrate’s Court be put a halt to since this practice which has become a tradition over the years lacks legal backing so as to protect the sanctity of the law and ensure due diligence in justice dispensation. Compliance with the laws and rules of court is a condition precedent for a valid action and takes precedence over and above a tradition that has no legal source.