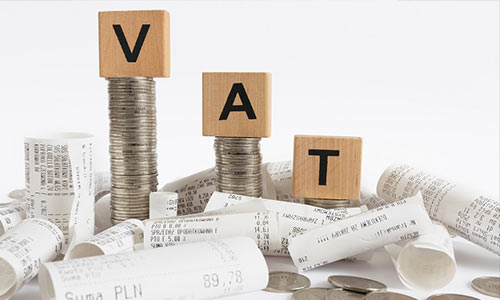 This is according to the latest FAAC allocation data available from the National Bureau of Statistics for the months of January 2020 through to February 2021.

In the period under review, the thirty-six states of the federation and the Federal Government shared N1.09tn as VAT revenue from the Federation Accounts Allocation Committee.

Lagos got the largest share of VAT revenue in the period under review (N153.94bn), while Nasarawa got the least allocation of N15.36bn.

According to Investopedia, VAT is a consumption tax that is levied on a product repeatedly at every point of sale at which value has been added. In Nigeria, VAT is collected by the Federal Inland Revenue Service and shared by the Federal Government.

Locally derived tax accounts for about 50 per cent of total VAT, while imported goods and foreign goods or services not imported account for the other half. Local VAT is imposed on goods and services consumed within each state of the federation.

In an August 10 ruling, the Federal High Court sitting in Port Harcourt, Rivers State, declared that it was the Rivers State Government, and not the Federal Inland Revenue Services, that should collect VAT and Personal Income Tax in the state.

In 2020, the total internally generated revenue of the 36 states in Nigeria was N1.21tn.

A former Minister of Finance, Mrs Kemi Adeosun, had said 55 per cent of total local VAT was generated in Lagos.

The Governor of Rivers State, Nyesom Wike, said recently that Rivers State generated N15bn VAT revenue in June this year, but got only N4.7bn. He added that Kano generated N2.8bn in the same month and got the same N2.8bn back.

The Director-General, Lagos Chamber of Commerce and Industry, Dr Chinyere Almona, on Sunday said the current sharing formula for the states and LGAs should be adjusted using the factors of equality 20 per cent, population 30 per cent, and derivation 50 per cent.

This is against the present system of equality 50 per cent, population 30 per cent, and derivation 20 per cent.

According to her, this arrangement should be agreeable to the concerned parties and can drive innovation on revenue generation in all the states towards increasing their internally generated revenue.

She added that it would also make the states more sensitive to the needs of businesses in their respective jurisdictions.

Almona said, “The first concern of the chamber is the confusion that businesses face as to who is in charge of VAT collection. This is not healthy for the business community and planning.

“We, however, hail the swift intervention of the Court of Appeal to reduce the uncertainties surrounding these controversies.

“Businesses should not be subjected to unnecessary hurdles and made to pay the same tax twice from different agencies.

“The Federal Government should urgently establish an understanding with states on what is best for the nation and businesses.”

According to the Head of Economics Department, Pan-Atlantic University Lagos, Dr Lekan Aworinde, if state governments start to collect VAT, there would be some positive as well as negative outcomes.

He said, “On the positive side, states can boost their internally generated revenue, meaning that states that realise huge amounts of money from VAT will be able to generate more revenue to themselves.

“However, on the flip side, we do not know whether states will have the structure to be able to collect this tax. What I mean is that tax collection involves a lot of structures such as the policies and the tax planning; also, do these states have the manpower to collect these taxes. If they don’t, the process might not be that smooth and effective.

“Aside all of this, if the administration of VAT falls to the state, how sure are we that they will be able to remit what is due to the local governments.

“In many cases, even with the old systems when federation account allocations come in, state governments do not remit the share of local governments as expected.”

He added that there was the possibility of multiple taxations, especially on imports.

Aworinde added, “There is also the possibility of multiple taxation which can be caused when both the federal and state government charge VAT for certain items like imports. Multiple taxation will have a ripple effect on the economy.

“It will hamper ease of doing business in the country, erode investor’s confidence in the country and further decrease foreign investments, largely because investors don’t want to come into a country with too many taxes.

“With investments on the decrease, unemployment will spike, which will also pull more people below the poverty line.

“As income remains constant while cost of goods and services keep increasing, heightened poverty or a rapid increase in the poverty rate in the country is inevitable.”

Meanwhile, the Fiscal Policy Partner and Africa Tax Leader, PwC, Taiwo Oyedele, has said challenging any ambiguity or treatment the states consider inconsistent with the constitution in court, is a healthy development for the system.

Oyedele said this in an interview with one of our correspondents, in response to the states’ attorneys’ general’s prayer to the supreme court to determine whether or not the states have the sole authority to administer and collect stamp duties on all transactions involving individuals and persons within their respective states.