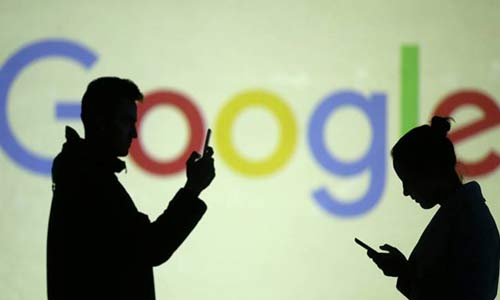 The US Justice Department and eight states sued Alphabet Inc.’s Google, calling for the break up of the search giant’s ad-technology business over alleged illegal monopolization of the digital advertising market.

“The harm is clear: website creators earn less, and advertisers pay more, than they would in a market where unfettered competitive pressure could discipline prices and lead to more innovative ad tech tools that would ultimately result in higher quality and lower cost transactions for market participants,” the Justice Department said in the complaint, which was filed in federal court in Virginia. “This conduct hurts all of us.”

The Justice Department and a group of states sued Google on Tuesday, accusing it of illegally abusing a monopoly over the technology that powers online advertising, in the agency’s first antitrust lawsuit against a tech giant under President Biden and an escalation in legal pressure on one of the world’s biggest internet companies.

The lawsuit said Google had “corrupted legitimate competition in the ad tech industry by engaging in a systematic campaign to seize control of the wide swath of high-tech tools used by publishers, advertisers and brokers, to facilitate digital advertising.” The lawsuit asked the U.S. District Court for the Eastern District of Virginia to force Google to sell its suite of ad technology products and stop the company from engaging in allegedly anticompetitive practices.

It was the fifth antitrust lawsuit filed by U.S. officials against Google since 2020, as lawmakers and regulators around the world try to rein in the power that big tech companies exert over information and commerce online. In Europe, Amazon, Google, Apple and others have faced antitrust investigations and charges, while regulators have passed new laws to limit social media’s harms and some practices such as data collection.

In the United States, Meta, the parent company of Facebook and Instagram, was sued in 2020 over claims that it illegally crushed nascent rivals. Google has faced particular scrutiny. In 2020, a group of states led by Texas filed an antitrust lawsuit against it involving advertising technology, while the Justice Department and another group of states separately sued Google over claims that it abused its dominance over online search. In 2021, some states also sued over Google’s app store practices.

The Justice Department and Google didn’t immediately respond to requests for comment.

The Biden administration is trying to use uncommon legal theories to clip the wings of some of America’s largest businesses. The Federal Trade Commission has asked a judge to block Meta from buying a virtual-reality start-up, a rare case that argues a deal could harm potential competition in a nascent market. The agency has also challenged Microsoft’s $69 billion purchase of the video game publisher Activision Blizzard, a notable action because the two companies are not primarily seen as direct competitors.

The administration’s efforts are expected to meet fierce resistance in federal courts. Judges have for decades subscribed to a view that antitrust violations should mostly be determined by whether they increase prices for consumers. But Jonathan Kanter, the chief of the Justice Department’s antitrust division, and Lina Khan, the F.T.C. chair, have said they are willing to lose cases that allow them to stretch the boundaries of the law and that put corporate America on notice.

Google has been a force in online advertising for decades. Its $3.1 billion purchase in 2007 of DoubleClick, a maker of popular ad tools, amplified the reach of its already powerful digital advertising machine. DoubleClick gave Google a crucial role on the rest of the internet, providing a marketplace for publishers and letting Google host more ads on sites across the web.

At the time, Google had $16.6 billion in annual revenue, primarily from its search engine business. By 2021, the company’s advertising technology division generated $31.7 billion in revenue, making it the second-largest business unit after the flagship search engine. Through the first three quarters of 2022, the unit posted $24.3 billion in sales.

Google has long faced accusations from online publishers that its control over the digital ads ecosystem unfairly sapped profits from the sites where the ads are displayed.

One group representing publishers, including The New York Times Company, has pushed Congress to allow the sites to negotiate the terms of ad deals collectively with Google and other online platforms. Normally, that kind of coordination would be illegal under antitrust laws. The publishers’ efforts have been unsuccessful so far.

On Friday, Google announced that it would lay off 12,000 employees, or 6 percent of its work force, in response to a slowdown in the digital advertising market. The company said the cuts would allow it to prioritize projects involving artificial intelligence, an area that has picked up steam in Silicon Valley in recent months.