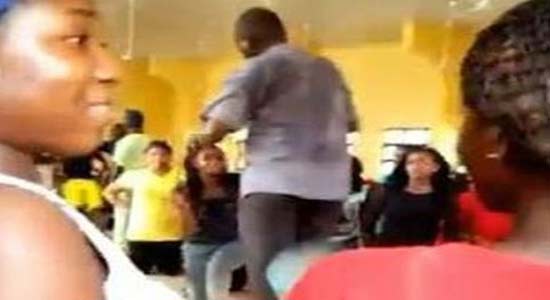 A lecturer at Nnamdi Azikiwe University Awka, Anambra State, (name withheld) would face a disciplinary panel for allegedly flogging a female undergraduate of the school for not wearing a prescribed uniform.

The student, who was said to be in the Department of Economics, was allegedly beaten up by the lecturer for not wearing an ankara uniform prescribed for her department.

The lecturer, it was gathered also seized personal effects, including shoes, of other students for not complying with the ankara dress code.

Students of the institution say the matter was generating tension on campus, as most of the students were not comfortable with the situation.

A source said: “There is pressure on the students’ union government to take action on the matter or we (students) will paralyse academic activities in the university for days.

“Can you imagine! Where has this happened before that a lecturer would flog an undergraduate for any reason? Are we in nursery and primary school? This is unacceptable; this is unheard of. We must get to the root of this.

“The girl in question is still in pains because of the beating she received from this callous lecturer, which left her body swollen and bleeding with injuries.”

When contacted, the Dean of Faculty of Social Science of the University, Proffessor Uche Nwogwugwu, said: “A thorough investigation shall be conducted on the matter and if the allegations are true, the lecturer will definitely face the wrath of the Vice Chancellor.

“There is need to find out the actual reason behind the beating of the female student. If it is confirmed to be true the lecturer will not go unpunished.”

Nwogwugwu acknowledged that the university’s management under the leadership of the VC, Prof. Charles Esimone, instituted a law prohibiting indecent dressing on campus, but that does not in any way empower any lecturer or staff of the institution to take laws into their hands without recourse to authorities.

He said the university management would continue to do all within its powers to protect the rights and welfare of students.