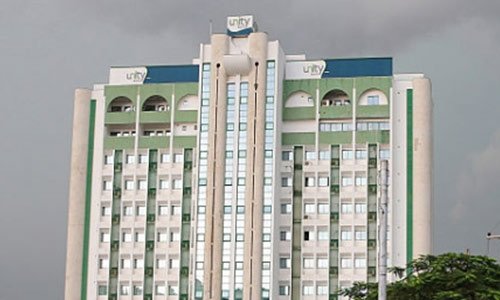 The management of Unity Bank has denied accusations of holding on to treasury single account (TSA) funds levelled by the special presidential investigation panel for recovery of public property.

In a statement released on Tuesday, the bank said it had transferred all the balances belonging to ministries, departments and agencies of government to the treasury single account held by the Central Bank of Nigeria since 2016.

The presidential panel had earlier threatened to sue the bank for allegedly refusing to return N7 billion saying the money represented excess and arbitrary charges on the accounts of some government agencies before the implementation of the TSA.

“Upon approaching the Bank in 2018 to conduct investigations on the subject of MDAs, Unity Bank, as a responsible corporate citizen, cooperated with the panel accordingly,” the statement signed by Matthew Obiazikwor, the bank’s head of corporate communications, read.

“Out of its own volition, the panel refused to admit further documentary evidence from the Bank when it was obvious that the Bank has no balances kept in its books for the MDAs.

“Instead, the panel suspended the investigation as apparently, it could not fault any of the evidence presented by the Bank.

“The Panel in an earlier letter requested the Bank to accept culpability and pay off a certain sum deemed outstanding which the Bank objected and insisted on completing the reconciliation exercise.

“It is therefore surprising for the SPIPRPP to turn back and issue a statement alleging sabotage when it abandoned its sitting and investigation midway.”

Urging customers to ignore the allegations, the bank said all charges deducted from the accounts of MDAs are in line with the specifications of the Bankers Tariffs which guide banking operations in Nigeria.