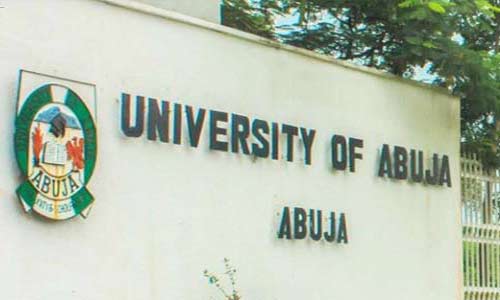 The Governing Council of University of Abuja (UniAbuja) has approved the appointment of Prof Clement Alawa and Prof Abubakar Abba as Deputy Vice-Chancellors (DVCs) Academic and Administration, respectively.

UniAbuja spokesman Dr Habib Yakoob, in a statement released in Abuja on Tuesday, confirmed that the Council’s approval followed the endorsement of the Vice-Chancellor’s request to senate for the re-appointment of Prof Alawa for a further period of two years after a successful two years in the first instance.

Dr Yakoob explained that Prof. Abba was elected by the senate at its 67th extra ordinary meeting held on Wednesday, February 24, while the appointments were confirmed at the 89th Regular Meeting of the Governing Council held on Monday, March 1, with both appointment effective from March 1, for a period of two years.

Alawa, a Professor of Animal Production was born on 11th January, 1961, in Bodo-Ogoni, Rivers State. He is a graduate of Veterinary Medicine from the Ahmadu Bello University (ABU) Zaria (1988), and holds a Master’s and Doctorate Degrees in Animal Science from the same University in 1994 and 2003, respectively.

Alawa joined the service of the University of Abuja in 2013. He was also at the Cornell University, New York, USA where he spent his Fulbright Fellowship year between 2001 and 2002. The Deputy Vice Chancellor Academic has several publications both in local and foreign journals; chapters in books, in addition to papers presented at conferences.

He was a one-time Dean of Faculty of Veterinary Medicine and also doubled as Deputy Dean as well as the Head, Department of Animal Health and Production between August 2014 and November 2016.

Prof Alawa is a member of many professional bodies, including the College of Veterinary Surgeon in Nigeria where he became a Fellow in 2014.

Prof. Abba, the new Deputy Vice-Chancellor (Administration) was born on 29th November 1967 in Yola, Adamawa state. He graduated in 1997 from the University of Maiduguri with a Bachelor of Science degree in Political Science, and had his M.Sc., and PhD degrees from UniAbuja in Political Economy and Development in 2004 and 2011, respectively.

He joined the service of UniAbuja in 1999, and rose to the rank of a Professor with specialization in Conflictology, Alternative Development Paradigms in 2018. He is a member of several professional organisations including International Political Science Association (IPSA) and Nigerian Political Science Association (NPSA); and he is visiting a scholar in various institutions such as Chinese Academy of Social Sciences (CASS), Korean Academy of Social Sciences (KASS), and International Institute of Juche Idea (IIJI).

Prof Abba was the political party specialist for the International Republican Institute (IRI) from 1998 – 2012, a Democratic Governance Expert for the UN midwifed Democratic Governance Project (DGD II) from 2012 – 2015, and earlier he served as Research and Intelligence field coordinator for Movement for the Advancement of African Societies (MAAS) in Africa, Europe and Asia Pacific from 1986 – 1992 among other responsibilities.