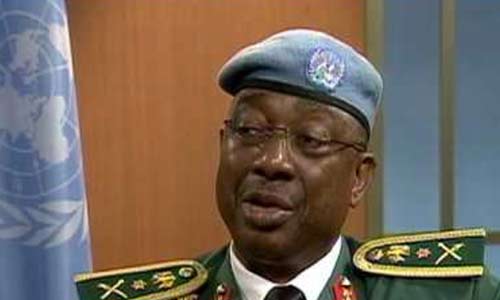 Secretary-General Antonio Guterres has selected a Nigerian general to lead a U.N. Board of Inquiry to investigate a series of attacks on hospitals in Syria’s last opposition stronghold in the northwest.

U.N. spokesman Stephane Dujarric announced Friday that the three-member board, which will start work on September 30, will be led by Lt. Gen. Chikadibia Obiakor and include Janet Lim of Singapore and Maria Santos Pais of Portugal.

Dujarric said the board will ascertain the facts of the attacks and not assess blame. Its findings will not be made public, he said.

Guterres announced the establishment of the board on August 1, following a series of attacks on hospitals in the Idlib in northwest Syria.

In January 2018, the UN Under-Secretary-General for Peacekeeping Operations, Jean-Pierre Lacroix, had also appointed Obiakor to lead a special investigation into the killing of some Burundian refugees in the Democratic Republic of the Congo.

He started his military career with the Nigerian Army in 1973, and had served variously as the Commander of the Economic Community of West African States Monitoring Group (ECOMOG) Artillery Brigade in Liberia from 1996 to 1997; the ECOMOG Chief Coordinator of the Liberian elections in July 1997, and as the General Officer Commanding, Second Mechanized Division of the Nigerian Army.

He also held the position of Chief of Administration of the Nigerian Army, in charge of the welfare, discipline and medical services for all Nigerian military personnel.

Obiakor is a graduate of the National War College in Abuja, having obtained a Master of Science degree in strategic studies from the University of Ibadan; and had participated in numerous international military courses.