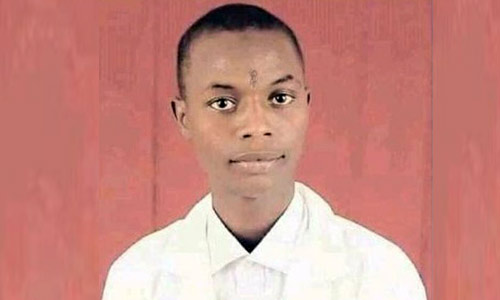 Umar Dangona, an indigene of Yobe State has scaled to the next round of the competition after emerging the first runner up at the World Chemistry Competition tagged “Imagine Chemistry International Akzo Nobel Competition 2020/2021”.

Umar Usman Dagon is from Bade Local Government of Yobe state, who took part in the “Imaginechemistry” competition and made it to the top five that scaled to the final round.

This is contained in a statement issued by the Imagine Chemistry Secretary, Arden Peter Flank which was sighted by TheNigeriaLawyer.

However, the three countries that have acted outstandingly in the competition, (Group E) to eventually participate in the 3rd round of the competition are Turkey, Nigeria and Spain with the topic “Pushing The Frontiers of Sustainable Innovations Through Complex Ions & Coordination Compounds”.

Besides, the awards to be won are :

“Note: next step after the third round is final, only first position in each group will be invited to our headquarter No. 14 Van Housten Street, Delf City, Netherlands for Award of Price & Closing Ceremony”, the Secretary said.