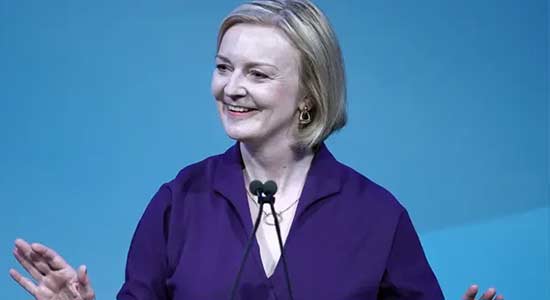 Britain’s Prime Minister Liz Truss is braced for her first Cabinet row as she looks to unfold measures on Britain’s post-Brexit immigration system.

EU immigration plummeted after Britain voted to leave the bloc in 2016. The open borders policy that comes with membership was cited as a concern among many voters who backed Brexit.

Ms Truss campaigned for the Remain side in the historic vote but has since had a change of view and said she would vote Leave if she had her time back. She is under pressure from industry bosses to help plug gaps in the labour market as businesses try to recover from staff leaving after Brexit and during the Covid-19 pandemic. Top figures in different sectors want more migrant workers to be granted visas to come to the UK as concerns increase about a lack of manpower.

Companies are frustrated that the visa system for skilled work has not been responsive enough to shortages they are experiencing.

Ms Truss is on a mission to boost economic growth and last week her government announced the biggest tax-cutting package since 1972 in an attempt to get things moving after two years of on-and-off Covid restrictions.

She is now planning to lift the current 40,000 cap on seasonal workers and extend it beyond the six-month limit, according to a report by The Sun. The seasonal workers programme, launched in 2019, temporarily allows tens of thousands of overseas workers into the UK for seasonal roles in the horticulture and poultry sectors.

Ms Truss is unapologetic about “focusing relentlessly on economic growth”, even if that means implementing unpopular policies.

But the prime minister is likely to come up against stiff resistance from Cabinet Brexiteers, including Home Secretary Suella Braverman, who has been tasked with tackling the surging numbers of illegal migrants arriving in the UK.

Last week, the number of people who crossed the Channel from France on small boats since the start of the year reached 30,000, government figures showed, and the steady stream of vessels continued this weekend. In less than nine months the total exceeded the overall figures for 2021.

But, the leader of the UK’s main opposition party yesterday vowed to reverse a tax cut for top earners announced by the Conservative government as the nation heads for recession.

Truss supports tax cuts as a way to stimulate economic growth and her government removed a top rate of 45 percent for the highest earners in a “mini-budget” announced Friday.

Labour Party leader Keir Starmer, speaking before the party’s annual conference in Liverpool, told the BBC that if his party won power, he would cancel the tax cut for those who earn over £150,000 (168,000 euros) per year.

Doubts over the tax-cutting budget prompted sterling to collapse to its lowest level against the dollar since 1985.

“I do not think the choice to have tax cuts for those that are earning hundreds of thousands of pounds is the right choice when the economy is struggling the way it is, working people are struggling the way they are,” Starmer said.

“It is hugely risky, it is hugely divisive, and I would reverse it,” he said, while backing the Tories’ slight cut in income tax for all earners.