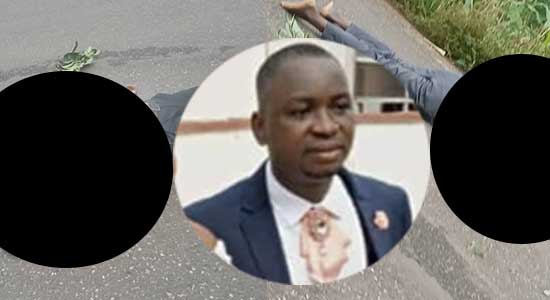 No fewer than ten persons, two of them said to be legal practitioners, have been killed by gunmen in Ebonyi State.

Two policemen, who were among their victims, were reportedly killed in Isu.

Sources said the two lawyers were passing with a vehicle and ran into the gunmen who operated on a Lexus Jeep.

One of the lawyers killed, identified as Ajah Ogbonna Ajah Esq was said to be on his way to Court at Abakaliki this morning.

The gunmen were said to have killed the lawyers, burnt the Jeep they used and left the area with the lawyers’ vehicle.

There have been killings in Onicha Igboeze in the last three months by gunmen and security agents.

Last month, a woman and daughter of Traditional Ruler of the community, Elizabeth Agwu, was hit by a bullet when policemen invaded the community to arrest a suspect.

The woman died as a result of the bullet, which hit her on the abdomen.

The suspect the Policemen came to arrest was later shot dead.

In August, about seven travellers were burnt alive inside the vehicle they were travelling with on the Onicha Igboeze road.

She however noted the Commissioner of Police, Aliyu Garba has dispatched a team to the area.