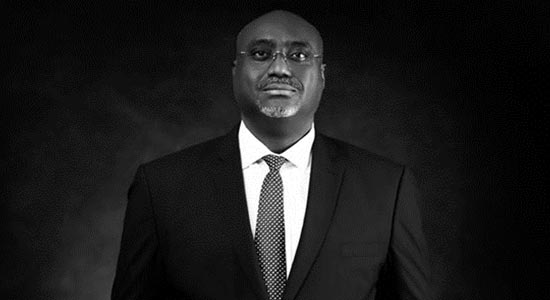 The Nigerian Bar Association is one of Nigeria’s foremost professional bodies, which has grown in prestige and integrity over the last six decades. As an Association of lawyers, the Association has as some of its core objectives the promotion of the rule of the law, as well as protection of the judiciary.

In view of this cardinal axioms, successive NBA administrations have prioritized defending the judiciary especially from executive rascality and public contempt. A case in reference is the immediate past administration led by Olumide Akpata which was seen showing doggedness and tenacity in defense of the prestige and sanctity of Nigeria’s judiciary on a number of occasions including during the invasion of the residence of Supreme Court Justice (Now retired) Mary Ukaego Odili; uncouth statements about Justice Inyang Ekwo credited to Governor Dave Umahi of Ebonyi State amongst others.

In a society like ours where rule of law is often abandoned for rule of might especially by the privileged class who bear executive power, and the judiciary is sometimes treated contemptuously, it is crucial for the continuation of our democracy that organizations like the NBA remain ever awake to its prime responsibility of standing as a bulwark against crass impunity and rascality.

In recent times, Nigeria’s judiciary has been dragged through the furnace again through contemptuous reactions to valid decisions of the court, and like in time past, the general public has looked to the NBA to rise in defense of the third arm of government. However, unlike before, there is a resounding silence from the current NBA administration which is still in its early days and is expected to set the tone for what Nigerians and lawyers particularly should expect from them in the next two years.

Instances abound of comments and actions which desecrate the sanctity of the judiciary, and which ought to have been flagged as intolerable by the NBA but has either been waived, put aside, or totally ignored.

For example, on the 16th of October, 2022, the Minister of Women Affairs, Dame Pauline Tallen, in an Abuja event, constituted herself as a self-recognized appellate court and sat to review a valid and subsisting judgement of the Federal High Court nullifying the Governorship primaries of the All Progressives Congress in Adamawa State. In so doing, the Honourable Minister threw caution into the wind by using denigrating words against the court describing the judgement as “kangaroo judgement” that should be rejected by well-meaning Nigerians.

The Minister’s comments which smacks of brazen disrespect to the Court, rekindles memories of similar comments by Governor Dave Umahi of Ebonyi State when he reacted to a judgement of the Federal High Court ousting him as Governor earlier in the year. The NBA led by Olumide Akpata immediately lambasted the Governor and flayed him for his reckless comments. An excerpt from the NBA statement read, ““The Nigerian Bar Association (NBA) has noted with utter dismay, the unfortunate and totally unacceptable reaction of Engr. Dave Umahi to the judgment of the Federal High Court, Abuja delivered on March 8, 2022, by Justice Inyang Ekwo which inter-alia ordered him and Mr. Eric Igwe to vacate the offices of governor and deputy governor, respectively, of Ebonyi State on grounds of their defection from the Peoples Democratic Party to the All Progressives Congress.

“Following the judgment, Engr. Umahi, in the course of a press conference – video evidence of which is currently making the rounds on both new and mainstream media – threw caution to the wind and deployed very uncomplimentary adjectives and intemperate language in characterising both the judgment and Justice Ekwo, including but not limited to describing the judgment as jungle justice and His Lordship as a hatchet man.”

“As if these were not enough, Engr. Umahi accused the court of murdering justice and also arrogated to himself the judicial powers and magisterial authority to declare the judgment of a court of competent jurisdiction as null and void while unashamedly declaring his intention to disregard the judgment in favour of another. To put it plainly, this is impunity of the highest order and executive rascality taken too far,” the NBA stated in a press statement released to journalists on Wednesday.

President of the NBA, Mr Olumide Akpata, who signed the statement, noted that although the NBA has absolutely no interest in the outcome of the case in question and will continue to stay away from partisan politics, it would not “sit idly by in the face of this unprovoked and totally unwarranted attack on the Judiciary”.

“We  view Engr. Umahi’s reaction to this judgment as being consistent with the current penchant, on the part of those in the executive arm of government, for intimidating the Judiciary whilst taking advantage of the historical reluctance of that arm of government to rise to its own defence.

“In light of the forgoing, the NBA hereby demands an immediate apology from Dave Umahi and a retraction of the comments he made against the person and judgment of Justice Inyang Ekwo of the Federal High Court. It is also our demand that this apology and retraction is given as much media coverage as the press conference where the unfortunate comments were made,” he added.

In response to the NBA’s demand for apology and retraction, the Governor subsequently retracted his comments and apologized. However, this has not been the case with the uncomplimentary remarks by Mrs Pauline Tallen, and people are wondering if the current NBA administration will abandon its pristine role as a watchdog of the rule of law in Nigeria, and become an appendage of the government.

Another issue that has raised eyebrows is the round exoneration of the bench of corruption by the NBA President Y.C. Maikyau SAN. Maikyau while speaking at the reception in his honour by the Nigeria Law School class of 1990, which was held in Abuja over the weekend, totally refuted the perception that the Nigerian judiciary is corrupt. His finding which has no empirical basis is contrary to an earlier finding by the ICPC that the judicial sector is currently on top of the Nigeria Corruption Index between 2018 and 2020. The anti-corruption commission claimed that about N9,457,650,000 was offered and paid as bribes by lawyers.

One wonders if the NBA is addressing the issue of judicial corruption by totally waiving it as inexistent when it ought to admit the existing flaw in the judiciary and work towards addressing it and change the growing negative perception about the judiciary.

A more recent issue that has given cause for worry is the contemptuous disposition the Attorney General of the Federation has taken over the Court of Appeal Judgement discharging Leader of the Proscribed Indigenous Peoples of Biafra, Nnamdi Kanu. Malami in reaction to the judgement has refused to release the discharged, and has instead decided to review the judgement and give it an interpretation that suits him without recourse to the Supreme Court.

In all of this, there are several questions on the lips of well-meaning Nigerians and lawyers is, “Where is the NBA?” Is there an unholy union between the present NBA and powers that be? Are insinuations that the National honour conferred on the NBA President is like Jacob’s porridge to Esau correct? Why is the NBA and LPPC not taking any action against Malami for undermining the integrity of the court?

With these questions, I call on the Maikyau led NBA to wake up to its responsibility and stand up in defense of the rule of law which is currently under unprecedented assault from several quarters. The honeymoon period the administration has since ended, if they need be reminded, and now is time to roll its sleeves and fight the cause for which they were elected.