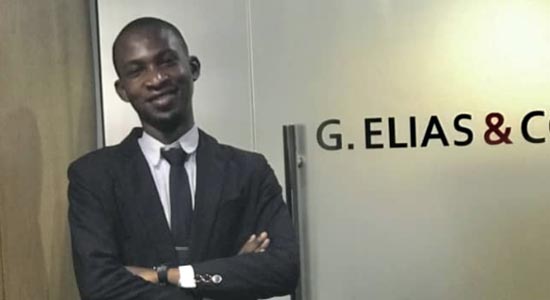 Jurisdiction of the State and Federal High Court on Tax Matters

“The persons on whom the withholding tax on interest is directed are not shown to be subjected to federal taxation. This withholding tax interest is one of the means through which the states are generating revenue to meet the daily expenses of governance, and one of the means of enforcing their revenue drive is by approaching the relevant State High Court and not the Federal High Court, which statutorily and constitutionally has no jurisdiction to entertain any matter pertaining to or connected with the revenue of a state. The jurisdiction of the Federal High Court can only be invoked where the issue is connected with or pertaining to the revenue accruing to the federal government.”

The above decision was further given legal teeth by the Court of Appeal in the recent case of SKY BANK V. KWARA STATE INLAND REVENUE SERVICE (2021) 12 (NWLR), where the court upheld the decision of the lower court that the state high court was right to have assumed jurisdiction on the matter brought before it on the ground that personal income tax, being the subject matter of the case, accrued to the state government.

The above position represents the current position of the law on the jurisdiction of the state high court over taxes accruing to the state government. This writer is, however, of the opinion that the decisions of the court in the cases of ACCESS BANK PLC v. EDO STATE BOARD OF INTERNAL REVENUE and SKY BANK V. K.I.R.S were given with less regard to the procedure laid down by law under the Personal and Income Tax Act (PITA) and the 1999 Constitution. Therefore, the legality or otherwise of the decisions of the court in the above cases will be examined below by proffering answers to some salient questions.

Does Personal Income Tax Emanate from a State Enactment?

We answered this in the negative. PITA is an enactment of the National Assembly. By implication, taxes emanating from the operation of the Act are derived from federal tax statutes, PIT inclusive. It therefore follows that the fact that PIT is being collected by the state government does not rule out the fact that PIT remains a tax derived from a federal tax statute. Now, in the event of a dispute, which court has jurisdiction to hear cases involving the enforcement of PIT as a court of first instance?

The court of first instance on payment of PIT is the Tax Appeal Tribunal (TAT). TAT was established by the Federal Inland Revenue Service (Establishment) Act (FIRSEA) in line with the provision of section 251(1)(b) of the 1999 Constitution. Section 59 of FIRSEA empowers TAT to adjudicate disputes arising from the enforcement of all federal tax statutes (Acts made by the National Assembly). In addition to the above, section 58 & 60 of PITA further empower TAT to adjudicate matters arising from the operation of the Act, PIT inclusive. The provisions of section 58 and 60 are reproduced below:

“58. Incase of Objection to Assessment

It can be gleaned easily from the above sections that neither the federal high court nor the state high court can entertain PIT matters as court of first instance. The procedure, according to the Act, is that when an assessment is made and the party involved is not satisfied, such a party can serve a notice of objection with the Federal Inland Revenue Service (FIRS). After that, the party may also appeal against the assessment to the TAT. If the party is still dissatisfied with the decision of the TAT, then it can approach the Federal High court.

This procedure was better explained by the court in the case of Lagos State Board of Internal Revenue (LIRS) vs. Ecoserve Limited (2013). The Lagos State high court, while declining jurisdiction to entertain the matter before it, rightly observed that the jurisdiction to determine disputes relating to Personal Income Tax (PIT) assessments is vested in the (TAT). In reaching its decision, the Court relied on the provisions of Sections 58 – 60 of the PIT Act and held that the TAT and not the State High Court is vested with the jurisdiction to hear PIT matters at first instance.

It is therefore submitted in line with the above authorities that it is a strange practice for a state high court to entertain cases bordering on the enforcement of personal income tax. In fact, in the event of an appeal, the appropriate court to approach is the federal high court, not the state high court, because the federal high court hears appeals from the TAT. It’s the belief of this writer that the recent decision of the Court of Appeal in the case of Sky Bank v Kwara State Inland Revenue Service will be overturned when the opportunity presents itself in the future.