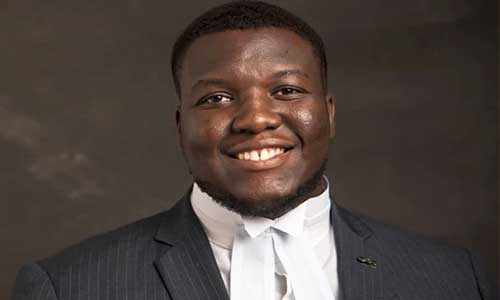 One of the effects of the ongoing Covid-19 pandemic has been the disruption of business activities globally. Stock markets have tumbled to historic lows, businesses have been ordered to close in various countries and transportation (mostly international but also local in some cases) has ground to a halt as a result of government bans in a bid to control the spread of the virus.

Against that backdrop of global business inertia, the validity of contracts entered by individuals and corporate entities has become a pressing question. For example, will event organizers still be bound by their contract with vendors, participants and venues? Will manufacturers remain bound to produce goods and will logistic companies still be bound to pick up and deliver goods from those manufacturers to their customers?

A few major companies have so far invoked force majeure protection. DHL recently notified its customers that it might be unable to make deliveries as scheduled and the China National Offshore Oil Corp notified its suppliers Shell and Total that it would not be able to continue buying the agreed quantities of gas.

The origins of the doctrine of Force Majeure lie in French jurisprudence, with the civil code there containing express provisions which halt contracts when events occur which make it impossible to continue with the normal performance of the contract with the conditions that such events must have been unforeseeable and unavoidable.

In English Common Law, however, there is no presumption of force majeure and parties who wish to provide for such exceptions must expressly include them in their contracts. Over time; however, in England and in Nigeria, force majeure clauses have largely become standard in commercial contracts.

In the English case of Peter Dixon and Sons, Ltd. v. Henderson Craig and Co., Ltd. (1919) 2 KB 778, the court held that the inability of sellers of wood-pulp to deliver goods from Canada to England due to the ongoing First World War was squarely within the meaning of the force majeure clause in the contract. The case further established the principle that the scope of a force majeure clause would be construed expressly and where necessary, by applying the ejusdem generis rule to clarify what the parties intended.

Recognition and Scope in Nigerian Law

In Nigeria, the principle is more commonly referred to as frustration, and it is more akin tp the French than English approach in that it is a principle which can apply irrespective of its express inclusion in a contract. The case of AG CROSS RIVER STATE V. AG FEDERATION & ANOR (2012) LPELR-9335(SC) is instructive in this regard:

The doctrine of frustration is applicable to all categories of contracts. It is defined as the premature determination of an agreement between parties, lawfully entered into and which is in the course of operation at the time of its premature determination, owing to the occurrence of an intervening event or change of circumstances so fundamental as to be regarded by law both as striking at the root of the agreement and entirely beyond what was contemplated by the parties when they entered into the agreement.N.B.C.I v. Standard (Nig.) Eng. Co. Ltd (2002) 8 NWLR (Ppt.768) Pg.104. Mazin Engineering Limited v Tower Aluminium (Nigeria) Ltd. (1993) 5 NWLR (Pt.295) Pg. 526.

It is the duty of the court to state whether and when frustration has occurred; in other words, to determine the existence of frustration. Frustration occurs whenever the court recognizes that without default of either party a contractual obligation has become incapable of being performed.

ln other words, a court would recognize that a contract is frustrated where after the contract was concluded, events occur which make performance of the contract impossible, illegal or something radically different from that which was in the contemplation of the parties at the time they entered into the contract. A contract which is discharged on the ground of frustration is brought to an end automatically by the operation of law, irrespective of the wishes of the parties. – (Emphasis mine).

Although quite similar, the case of GLOBE SPINNING MILLS NIGERIA PLC v. RELIANCE TEXTILE INDUTRIES LIMITED (2017) LPELR-41433(CA) at the court of appeal appears to place more emphasis on the necessity of having the clause in the contract. The following was the holding of the court on the issue of the whether it was appropriate to invoke the force majeure clause in a contract for a monthly sale of a set minimum amount of fabric on the basis that the there was an influx of illegally smuggled fabric into the country as well as the difficulty in acquiring gas (electricity) to run business operations.

EVENTS beyond the parties’ control. Such event(s) may include; war, strike, riot, crime, or an event described by the legal term act of God (hurricane, flood, earthquake, volcanic eruption, etc.), prevents one or both parties from fulfilling their obligations under the contract. Force majeure is generally intended to include occurrences beyond the reasonable control of a party, and therefore would not cover:

I will just add that there is no event that has occurred which can be termed as force majeure. The reasons given by the Respondent are the usual vicissitudes of the trade in Nigeria. One cannot be doing business in Nigeria and not put into considerations the endemic issue i.e. epileptic electricity, fluctuation of price of diesel and gas. Moreover diesel and gas may be disrupted by the many occasions of fuel scarcity in the country.

Can this therefore be said to be force majeure when these situations are with us always. Force majeure is something that is unexpected and unforeseen happening; making nonsense of the real situation envisaged by parties.”

From the forgoing, it can be deduced that there’s a subtle difference between the doctrine of frustration and that of force majeure. Frustration is a question of fact which is left entirely to the discretion of the court while force majeure clauses allow the parties to set a lower bar by setting out specific incidences which would allow them to discharge themselves from the provisions of the contract in situations which might not amount to frustration in the eyes of the court.

Another difference is that the doctrine of frustration will operate to discharge the contract completely while a force majeure clause will usually pause it for a period or mandate a renegotiation, although it can have any other effect the parties choose to specify.

This increased flexibility has made force majeure contracts much more appealing in commercial contracts, since it allows parties to ensure that they are not compelled to continue contracts when the performance would prove unprofitable, which is a fact that would certainly not amount to frustration in the eyes of a court,

“A contract is not frustrated merely because its execution becomes more difficult or more expensive that either party originally anticipated and has to be carried out in a manner not envisaged at the time of its negotiation. Davies Contractors Ltd v. Fareham N.D.C (1956) AC 696, Tsakineglon & Co. v. Noblee Thorh G.M.B.H (1962) A. C 93.”Per ADEKEYE, J.S.C (P. 36, paras. C-E). The Supreme Court also restated that position in the case of LEWIS v. UBA (2016) LPELR-40661(SC).

Having established the bounds of the doctrines of force majeure and frustration in Nigerian contract law, the pertinent question is whether the current crisis will be sufficient grounds to invoke either doctrine.

For force majeure clauses, the determination will be based on the specific phraseology of the contract. The effects of the Covid-19 outbreak has included government intervention to limit local and international travel, lockdowns in which public and private employees are ordered not to go to work, market failures (drastic, historic drops in the prices of financial instruments such as shares, options, futures, bonds, etc.), among myriad other consequences.

In contracts where the force majeure clause specifies “disease”, “outbreak of illness”, “epidemic” or some other similar term, it is the writer’s opinion that the current outbreak would likely qualify by virtue of its scale and disruptive effects. In contracts where no specific term relating to disease is used, it might still be a valid ground if there is an omnibus term such as “act of God” included.

In either case, the fundamental requirements of invoking a force majeure would still have to be satisfied by showing that:

As stated earlier, the determination of whether the prevailing circumstances are sufficiently disruptive as to warrant the frustration of any particular contract is entirely at the discretion of the court and will be made on the basis of facts presented by either side. There are certain examples such as war, destruction of the res, subsequent legislation, etc. which have been cited by the courts as generally valid grounds for frustration, but disease is not one of them.

On the other hand, however, an outbreak of this scale has not occurred in a long time, hence it is the writer’s opinion that courts would be minded to consider this as exceptional circumstance which may warrant the invocation of the doctrine of frustration provided that the party invoking the doctrine can specifically establish via evidence how the consequences of the outbreak made it impossible to continue the contract and that they took reasonable steps to try to avoid or mitigate the effects on the contract.

Courses of Action Open to Businesses

Ultimately, businesses and individuals affected byCovid-19 outbreak in the performance of their contracts would be prioritizing a quick resumption of normal business activities, and the actions they take now could either make that possible or impossible. If handled improperly, invocation of force majeure or the doctrine of frustration can lead to a breakdown in business relations and drawn-out litigation. Here are a few considerations to keep in mind to make the best of the situation:

Overall, it is clear that the doctrines of frustration and force majeure enjoy judicial recognition in Nigeria, and that in light of the current circumstances, albeit to different degrees and with different requirements for proper application.

Also, the current global circumstances resulting from the outbreak of the novel coronavirus are likely to occasion breaches of contract across various industries, making the doctrines viable tools for businesses to consider in attempting to mitigate business liabilities. Business must continue and at the end of the crisis, the businesses which will be in a stronger position will be those that took swift legal action to secure their interests.