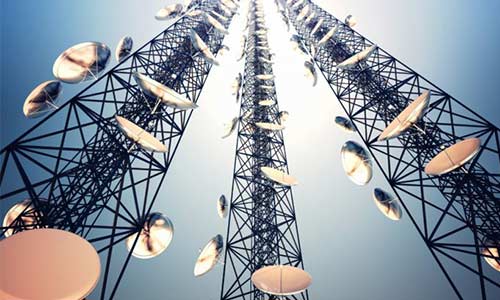 Telecommunications operators have decried the increasing over-regulation of the sector with particular emphasis on the recent incursion of the National Information and Technology Development Agency (NITDA).

The operators under the aegis of the Association of Licensed Telecoms Operators of Nigeria (ALTON), claimed there have been serious regulatory overlap on the part of NITDA on some areas, which were core jurisdiction of the Nigerian Communications Commission (NCC).

In a letter dated July 30, 2019, signed by ALTON’s Chairman, Gbenga Adebayo, which was addressed to the Executive Vice-Chairman, NCC, Prof. Umar Danbatta, and required the attention of the Director, Legal and Regulatory Affairs, Yetunde Akinloye, and Director, Compliance Monitoring and Enforcement, Efosa Idehen, the operators pointed out that certain provisions in three subsidiary legislations and frameworks issued by NITDA were currently under the regulatory purview of the NCC.

The said framework sets out rules for the provision of Public Internet Access (PIA) without regard to the powers of the Commission and extant competition considerations.

“We note the framework empowers NITDA to license a Public Internet Access Provider (PIAP) which technically is a provider of data services and prescribes minimum quality of service for such providers. The key concern is that NITDA appears to be assuming the role of a parallel regulator for data services.”

On framework for Data Centre Facilities; ALTON in the letter titled: ‘‘Introduction of Legal Instruments by the National by the National Information Technology Development Agency with attendant impact on the operations of entities regulated by the Nigerian Communications Commission—Request for Guidance, “claimed NITDA wrote to some of its members in July 2019 stating it has commenced registration of Data Centre facilities in Nigeria and requested that they initiate the registration of their Data Centre facilities with NITDA”.

According to NITDA, the registration is in furtherance of Presidential Executive Orders 003 and 005 on local content development.
“However, a careful review of the Orders does not reveal anything specific to the operation of data centres. Additionally, the promotion of local content in the industry, which is the bedrock of NITDA’s position is not the agency’s exclusive preserve, as the commission is also well positioned to address same for the communications industry,” ALTON stated.ALTON also identified Nigeria Data Protection Regulation 2019 guideline issued by NITDA as another infraction.

“The Nigeria Data Protection Regulation 2019 defines the rules governing the processing of data. It contains far-reaching provisions on personal data which includes communications identifiers such as IP address, IMEI number, IMSI number, SIM and Personal Identifiable Information, etc., as well as the procedure for procuring consent from customers and the transfer of data outside of Nigeria.

“By implication, it will appear that NITDA has assumed the role of a Data Protection Agency in Nigeria and its Regulation overrides the Commission’s existing provision on data processing in the industry. In this regard, we note NITDA recently announced in the print media that it has commenced investigation of alleged breach of data security of customers by telecommunications companies and Banks.

“The foregoing developments bring to light the dreaded multiple regulation, which has been a reoccurring challenge for the industry. We recall with delight that the Commission successfully tackled the National Environmental Standards and Regulations Enforcement Agency (NESREA) in the past, when the Agency attempted to regulate the infrastructure deployment in the industry without recourse to the Commission.

“It is our view that the current issue with NITDA requires urgent intervention by the Commission to safeguard the interest of market players and preserve the powers of the Commission.

“Accordingly, and in a bid to avoid a situation where members are caught in the crossfire of multiple regulations, we respectfully request the Commission’s guidance on how to proceed with the NITDA on the aforementioned Frameworks and Regulation. This guidance will provide the much-needed clarity for the industry moving forward,” ALTON said.