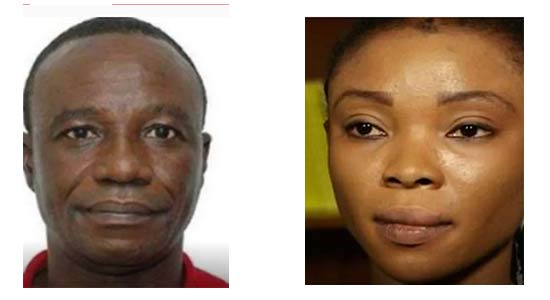 The Management of Obafemi Awolowo University, OAU, is yet to release the result of its post graduate student, Monica Osagie, who was sexually harassed by one of her lecturers.

Recall that a former lecturer in the University, Prof. Richard Iyiola Akindele, was dragged to court by the Independent Corrupt Practices and Other Related Offences Commission, ICPC, for demanding sex to pass Monica Osagie. He was subsequently sentenced to two years in prison and Sacked by the university

However, three years after the above incidence, Monica is still seeking for justice. According to OAU, Monica’s result has not been result because she did not register “for the session” on time. OAU also claimed that since Monica did not register ‘on time’, she was not a ‘bona fide’ student of the university.

This seems to be contrary to the ICPC report that the student paid all prescribed fees for the session and OAU accepted the payment ‘before the sex for marks scandal’. The commission also confirmed that Monica attended lectures till the sex-for-mark scandal broke out.

The Nation, not TheNigeriaLawyer, reports that OAU Public Relations Officer, Mr. Biodun Olarewaju, said Oasgie did not sit for exams and has not met the requirements for graduation. He said OAU does not award certificates based on sentiment

“Do you get result for an exam you did not sit for or are you talking about certificate? Or do you get certificate when you have not completed all other requirements expected of an academic or somebody who wants to get that particular degree from a respectable university like ours?

“She knows; let them ask her.” Mr. Olarewaju reportedly stated

A source disclosed to The Nation that Monica was yet to graduate for “blowing the whistle on sexual harassment by Prof. Akindele.” adding that: “The VC said the university Senate has taken a decision that the girl was not a registered student of the school because she did not register on time.

“Investigation traced Monica’s records and discovered that the female student paid accruable school fees, attended lectures, registered for eight courses and passed seven except for the sex-for-mark course among others.

“The university did not refund all the fees and it also did not write Monica to decline her registration as a student.

“The VC said whatever was the outcome of ICPC, OAU Senate has taken a decision that she was not a student of the institution.”

Asked of the next step, the source said: “ICPC may send a comprehensive report to the Visitor of the university, President Muhammadu Buhari. This corruption cannot be swept under the rug. There must be justice for the female student.

“Any sexual harassment case investigated by ICPC amounts to nothing if the victim does not get a sense of justice. It means the Commission has wasted its time.

“In fact, during a recent webinar on sexual Harassment, with the collaboration of OAU and attended by Vice President Yemi Osinbajo, posers were raised on whether or not the girl has got justice? Participants wanted to know if the female student had eventually graduated or not.”