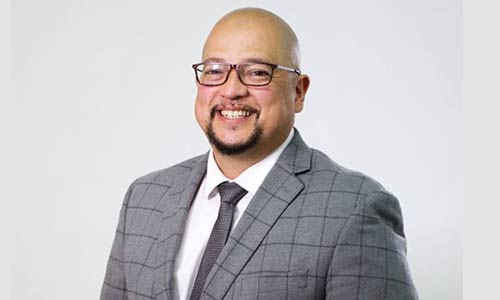 Survivors, victims and communities affected by mass killings deserve empathy from government as well as dignity and closure. This was the highlight of the conclusions from the Molluma Yakubu Medico-Legal Lecture, organized on Thursday, 25 June, 2020, by the House of Justice, a public interest law centre, in Kaduna, north-west Nigeria. The theme of the lecture this year was “From Atrocity to Closure: Managing Victims and Deploying Forensics in the Aftermath of Mass Killings”

The keynote speaker at the lecture was world-renowned geneticist, Mishel Stephenson, representing Fredy Peccerelli, Executive Director of the Forensic Anthropology Foundation of Guatemala (GAFG). Ms. Stephenson called attention to the needs of families affected by mass killings and disappearances and underscored the obligation of government to address these needs. ‘Families affected by such killings or disappearances usually have a diverse range of emotions, needs and priorities, such as locating the bodies of their loved ones, knowing the cause of death (right to truth), according their loved ones a burial, finding closure or ensuring justice. The skills required to fulfill these needs are multi-disciplinary, and include genetics, anthropology and psycho-social support. Forensic genetics helps in identifying the bodies when they are located and could also help in prosecution of alleged perpetrators or bringing to justice persons behind mass atrocities for the purpose of truth and justice’, she said. Stephenson revealed that in Guatemala, the work of the FAFG has helped to locate over 3,500 victims and to bring many people, including a former President of the country, to justice. According to Ms. Stephenson, the families and communities of victims are the real victims and the driving force behind investigations of this nature. She warned that investigating mass killings takes time, effort and could be excruciating but is the only way that the collective dignity and humanity of both victims and survivors could be validated.

Country Director of Amnesty International in Nigeria, Osai Ojigho, who was on the panel of discussants, decried the acceptance of impunity and lack of accountability for mass killings in Nigeria. Ojigho referred to cycles of killings and reprisals by terror groups and security forces or in so-called inter-communal clashes and regretted the seeming lack of interest on the part of the Nigerian government to bring these cycles to an end. She gave the example of the massacre of Shiites in Zaria, Kaduna State, in December 2015 where security forces were involved in the mass killing and disappearance of hundreds with no consequences and no closure for the families despite even the recommendations of a judicial commission of inquiry. She underscored the importance of the “right to truth”, pointing out that truth has often times been caught in between a citizenry who demand accountability and government officials who disdain the kind of work that groups like Amnesty do in pursuit of truth about mass killings.

Drawing from the experience of Indian-Administered Kashmir, Khurram Parvez, a panelist and Chair of the Asian Federation Against Involuntary Disappearances stressed the obligation of government to protect its citizens and communities, pointing out that quite apart from their impact on individuals and families, mass killings also undermine bonds of coexistence and faith in institutions. Mr. Parvez explained the importance of ensuring effective documentation of such crimes even when it is not immediately evident that any prosecutions will take place. In Kashmir, he disclosed, they have worked to document over 6,700 mass killings and mass graves.

Another discussant, Abiodun Baiyewu, Executive Director of Global Rights said closure would be much easier to achieve if government were to show empathy and sincerity in investigating mass killings and bringing their perpetrators to justice. “…this is the most effective way to break the cycle of atrocities and reprisals. When this does not happen, atrocities and impunity can be said to be ‘state-backed’, “she argued

Ahmed Salkida, Editor-in-Chief, HumAngle and foremost conflict reporter from Nigeria argued that mass killings and massacres will continue as long as government and its agencies neglect their primary duty which is to protect the citizens and their communities. He complained that in Nigeria, government deploys effective assets to protect property but often behaves as if its people are expendable. “The government must choose its citizens over properties”, said Mr. Salkida.

Advocate, Peter Kiama, Executive Director of Independent Medico-Legal Unit (IMLU) in Kenya, who was also a panelist at the event argued that mass killings do not occur by accident but are enabled by government policies which means that policies can also be made to curb or eradicate them. He also called attention to the need to address the trauma needs of survivors who are often affected in ways that society and government are unwilling or unable to pay attention to.

Chidi Anselm Odinkalu, who chairs International Advisory Board of the Molluma Medico-Legal Centre added that it is important for families to have closure and to be able to locate and identify the remains of their loved ones and that could be made possible if citizens and government learn to count and account for each other. Citing the examples from both Guatemala and Kashmir, Dr. Odinkalu underscored the importance for attention to detail, documentation and dignity in responding to mass killings. ‘All these require patience and time’, he said.

Executive Director of the Molluma Medico-Legal Centre, Gloria Mabeiam Ballason, said that the 2020 lecture was necessary to empower citizens to put pressure on Nigeria’s federal government to ensure accountability for the instigators, sponsors, perpetrators, catalysts and enablers of the mass killing that now characterize the country. “These killings will not stop until no one benefits from them”, Ms Ballason noted, concluding that Guatemala is a great example of the power in citizenship movements.

Conclusions from the 2020 Annual Lecture of the Molluma Medico-Legal Centre at House of Justice, Kaduna, 25 June, 2020

About the Molluma Yakubu Medico-Legal Centre

Commissioned in 2014, the Molluma Yakubu Medico-Legal Centre works to ensure accountability for victims of medical crimes and of mass atrocities and to give victims dignity even in death. The Centre is located in Kaduna- Nigeria. The 2020 lecture is the third in series.