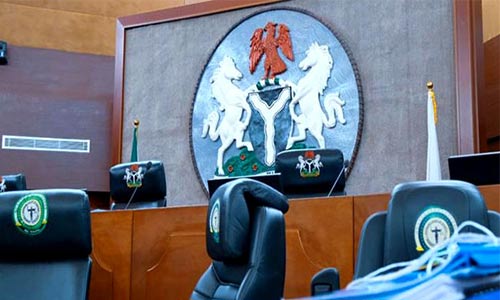 The website of the Supreme Court has bounced back from its collapse that lasted over one year.

The development came barely one week after The PUNCH reported on February 4, 2020 how the apex court had been without a functional website for over a year.

Keeping an active website by private and public institutions is taken for granted across the world in the digital age, but the Nigerian Supreme Court was an exception in the one-year period that it carried without a functional website; thus losing visibility for the world.

Our correspondent first observed the return to the cyberspace of the website with the address, http://supremecourt.gov.ng, at about 11pm on Monday.

The profile of the current 13 Justices of the apex court, including the Chief Justice of Nigeria, Justice Tanko Muhammad, were seen to have been uploaded on the website.

It was also observed that entries of over 3,000 cases which came up before the court between June 2014 and August 2019 had been uploaded in the ‘cause list archive’ of the website, as of 2.15pm on Tuesday.

Although, the section for the ‘weekly cause list’ remained vacant, it may likely be updated if noticeable efforts to restore the website to its full functional state continue.

Also the 199 judgments delivered between 2005 and 2012 have been uploaded on the website.

Other essential links to other crucial information and relevant rules and statutes relevant to the court have since been uploaded.

Our correspondent had reported that the Supreme Court, particularly, under the administration of the immediate-past Chief Justice of Nigeria, Justice Walter Onnoghen (retd.), was a channel for quick access to information by anyone in any part of the world.

Before the website stop functioning in late 2018, it used to provide weekly cause list of cases coming up before the apex court every week.

Our correspondent learnt that a lingering dispute between the Supreme Court management and the service provider had led to the collapse of the website for over year.