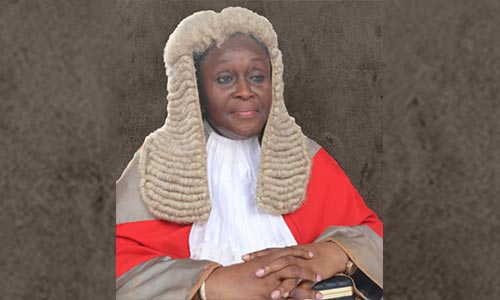 The Supreme Court has affirmed the appointment of Justice Ijeoma Aguguo as Chief Judge of Imo State.

A suit numbered SC:/CV/862/2020 was filed by one Hon. Justice Brown against the National Judicial Council (NJC), challenging the appointment of Justice Aguguo.

The court discovered the supposed Justice Brown was a fictitious name used to institute the suit and struck it out.

Agugua, being the highest-ranking Judge in the state Judiciary was repeatedly denied the post of Chief Judge until Governor Hope Uzodimma announced her nomination after the retirement of Justice Paschal Nnadi in March 2020.

There had been stiff opposition to Agugua’s appointment hence she has been in acting capacity for over a year.

Prince Bob Njemanze who also spoke on the victory, noted that Governor Hope Uzodimma has corrected the age-long injustice in the State’s Judiciary, stressing that the Supreme Court has validated the governor’s position on justice, rule of law, equity and sincerity of purpose.