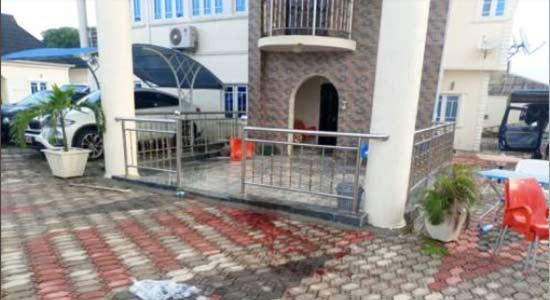 Some of the aides of Yoruba activist Chief Sunday Adeyemo (aka Sunday Igboho) have regained their freedom from the gunmen who abducted them at his residence in Ibadan, the Oyo State capital, in the early hours of Thursday.

Sources say some of the abducted victims were released by the gunmen in Ekiti State. Those who were released, the sources say, include a woman thought to be Igboho’s wife, his aides, children of his boys. They were reportedly given N20,000 to board vehicles to Ibadan.

The gunmen, however, reportedly went away Lady K and six other boys. Men of the Nigerian Army and Department of State Security (DSS) are alleged to have carried out the operation.

According to one of the released victims, following the raid on Sunday Igboho’s residence in Ibadan early Thursday, the attackers headed towards Iwo Road axis of Ibadan, where the DSS alighted Nigerian soldiers and headed towards Ekiti State where they reportedly disembarked her, other women and the children and continued their journey with the Sunday Igboho’s boys.

‘The DSS felt reluctant to release a lady blogger and other six boys while in Ekiti State.

The corpses of five people who were allegedly killed by men of the DSS and soldiers have been deposited at a particular mortuary in Ekiti State,’ the released victim said.

‘After we had alighted, they gave us N20,000 for fare to Ibadan. They did not beat us and they did not maltreat us throughout the journey in the DSS operational vehicles.’