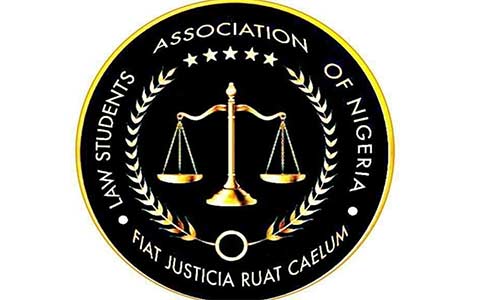 A student of University of Calabar, Michael Arinze, has emerged as the new President of the Law Students’ Association of Nigeria, LAWSAN – TheNigeriaLawyer reports.

The Caretaker Committee Chairman swiftly swung into action by constituting LAWSAN Electoral Committee (LECOM), chaired by Joseph Attah, to work diligently and ensure that new official National Executives are elected to pilot the affairs of the Association.

The election was conducted on the 2nd of November, 2021 at Keffi, Nasarawa State, during the Annual National Convention of the Association attended by hundreds of law students across the 36 States of the Federation (including the F.C.T).

Michael Arinze (Unical) was returned elected as the 5th National President of LAWSAN while Faith Kumekor of Benue State University was declared as the National Vice President of the Association.

After the announcement of the newly elected National Executive members, the multitude of Lawsanites, Including external bodies that were present to witness the election such as the representatives of Catholic Law Students Association of Nigeria(CALSAN), National Association of Muslim Law Students (NAMLAS), Christian Law Students Fellowship Of Nigeria(CLASFON) and Federation of African Law Students(FALAS), Chief Eze Charles Nnamdi, Comrade Alechenu Samuel Danjuma and Angel Nguavese represented the above-mentioned Associations respectively, acknowledged the National Executive Members and adjudged the election as the most fairest, just and transparent election conducted since the existence of LAWSAN National Level.

The new Executive Council members were inaugurated during the Grand Dinner and Award Night.

The new President, Michael Arinze, while addressing Lawsanites after appreciating them for giving him their mandate to lead them pledged never to fail them. He enjoined them to unite and eschew all manners of differences, emphasizing that there would be a lot of progress in LAWSAN, when they all unite and maintain tranquility. He also pledged to work drastically in order to ensure total unity, peace, togetherness and progress of Lawsan in general within fifty days of his administration, by paying a solidarity visit to all the six geopolitical zones in Nigeria to discuss the way forward for Lawsan.

Arinze urged all Lawsanites to be Ambassadors of peace in Nigeria and beyond.