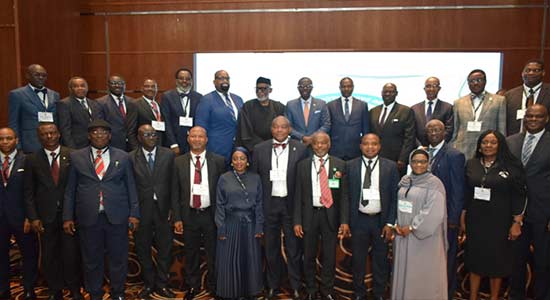 The Body of Attorneys-General of 36 States of the Federation (BOAG) has condemned what it called constant and destabilising threats by federal government agencies to the states, asserting that state governments are equal and not subservient to the federal government

The Federal Inland Revenue Service (FIRS) had in a public notice warned that most states and local governments have failed to remit to the Service Withholding Tax (WHT) and Value Added Tax (VAT) deductions from payments made by them to contractors and service providers as required by law.

However, the Body of Attorneys-General in a communique issued at the end of it’s meeting in Lagos, a copy of which was obtained yesterday, frowned at the FIRS threat to recover unremitted tax deductions by states and local governments.

Also, the conference vowed to send a written response to the FIRS, highlighting the agency’s erroneous position and that it lacks the power to impose any penalty on the states.

The communique was jointly signed by BOAG’s Chairman and Secretary, the Attorney-General and Commissioner for Justice, Lagos State, Mr. Moyosore Onigbanjo and his Nasarawa State counterpart, Dr. Abdulkarim Kana.

Regarding the federal government’s attempt to deduct States’ funds to offset a purported consultancy fee of $418 million arising from the London/Paris Club Loan refunds, the conference resolved to continue to resist, through all legal means, the wrongful deductions of their funds under any guise.

The BOAG maintained that the Federal Ministry of Justice, the Central Bank of Nigeria, and other relevant agencies should cease all further action on the matter pending the final resolution of an appeal filed on behalf of the States.

On the ongoing court action concerning the right of states to collect Value Added Tax (VAT) and the subsisting judgment to that effect, the conference resolved that given its absence from the 1999 Constitution, VAT remains a residual matter that falls within the exclusive legislative competence of each federating state.

While the conference maintained that, the judgment of the Rivers Division of the Federal High Court supports the constitutional position that VAT is a residual matter, it added that it was not opposed to a political resolution of the dispute to balance fiscal federalism with equity.

The communique read: “Regarding the FIRS’ threat to recover unremitted tax deductions by states and local governments, the conference stresses that state governments are equal and not subservient to the federal government.

“BOAG condemns the constant and destabilising threats by federal government agencies to the federating states. To that end, BOAG will send a written response to the FIRS, highlighting the agency’s erroneous position and that it lacks the power to impose any penalty on the states.

“Regarding current developments in the Administration of Justice across the 36 States/Inter-State Collaboration and the activities of the Lagos State Domestic and Sexual Violence Agency, BOAG encouraged the States to continue to share experiences on critical matters and areas of commonality in the administration of justice.

“BOAG encouraged all states on the use of technology in court proceedings. It also commended inter-state collaboration in facilitating virtual hearings for police officers and witnesses outside the jurisdiction of the adjudicating court.”

On the issue of stamp duties, BOAG resolved to send its position paper opposing the proposed amendments to the Chairmen of the appropriate Senate and House of Representatives committees in the National Assembly.

“BOAG will write to the Senate President and Speaker of the House stating its opposition to proposed amendments to the Stamp Duties Act.

BOAG will publicly announce its opposition to the federal government’s proposed amendments to the Stamp Duties Act.

“BOAG will sensitise the governors of the various states concerning the detrimental effects of the federal government’s proposed amendments to the Stamp Duties Act. The consultant should present a position paper to BOAG outlining the appropriate steps to take on the matter,” the statement added.

The conference also resolved to send a delegation to the National Assembly to make representations on the proposed amendment at the public hearing of the Amendment Bill adding that if the Bill crystallised into an Act, all 36 State Attorneys-General will file an action to declare the enactment null and void.

On the payment of pensions and gratuity for retired State Judges, the Conference resolved that responsibility falls to the National Judicial Council under Sections 80, 81(3)(c), 84(1), (2), (4) and (7); 2nd Schedule, Part 1, Item 44; 3rd Schedule, Part 1, Paragraph 21(e); and 3rd Schedule Part 2, Paragraph C of the Constitution. Therefore, those provisions must be fully obeyed and implemented.

On the ongoing proposed amendments to the 1999 Constitution of the Federal Republic of Nigeria, the Conference resolved to advocate the continued devolution of powers from the Federal to State Governments and the reduction of items on the Exclusive Legislative List.