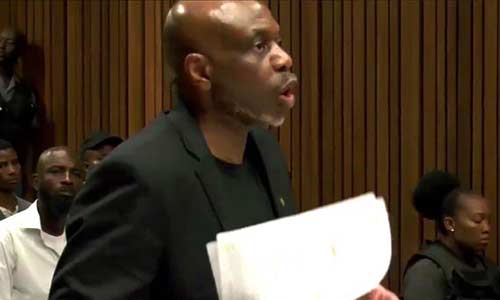 Henry Okah’s bail application pending an application for leave to appeal his trial and conviction in 2013 has been denied.

In the judgment, a court in South Africa dismissed his application, saying that the applicant failed to show exceptional circumstances that would justify bail.

The court cited a number of critical issues were hanging in the balance. These included the standing conviction and sentence, the likely residence during bail and the safety and security of Mr Henry Okah while on bail

The court also said that the issue of keloids, a skin condition that Okah is suffering from, according to Okah’s own doctor was not a life-threatening one. Mr Okah plans to head to the Supreme Court of Appeal next.

Recall that Mr Okah had earlier asked for bail on health and family grounds some weeks ago.

Okah, the leader of the Movement for the Emancipation of the Niger Delta (MEND) was sentenced to 24 years in prison in South Africa in 2013 for masterminding the 2010 bombings in Warri and Abuja where up to 12 people died.