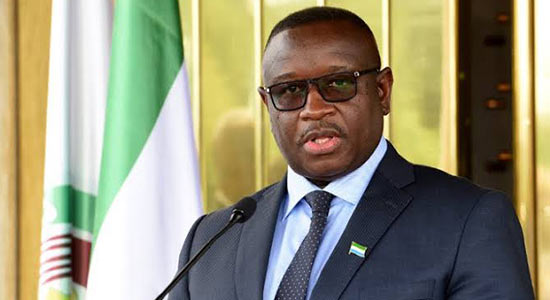 President Julius Maada Bio on Friday signed the bill into law after legislators in the former British colony had voted unanimously in its favour on July 23.

During a ceremony in the capital Freetown, Bio declared that the West African country had “exorcised horrors of a cruel past” after a long campaign to end capital punishment.

In a statement, the president denounced capital punishment “inhumane.” “We today affirm our belief in the sanctity of life,” he said.

Under the new law, execution will be replaced with life imprisonment or a minimum 30-year jail term for crimes such as murder or mutiny.

The bill also gives judges additional discretion when issuing sentences, which opponents of capital punishment say is particularly important in cases where the person convicted is a victim of sexual violence.

Civil society groups had fought for years for the death penalty to be abolished in the country, which is still recovering after decades of civil war.

“The death penalty is the ultimate cruel, inhuman and degrading punishment which has no place in our world,” Amnesty International said at the time of the vote.

Ninety-four people were living under a death sentence at the end of 2020, the minister added.

Recorded death sentences in Sierra Leone increased to 39 in 2020 compared with 21 in 2019. The West African nation has observed a moratorium on executions, but prisoners sentenced to death still live separately from other inmates, which activists say is dehumanising.

The last time the death penalty was carried out in the country was in 1998, when 23 soldiers were executed by firing squad at the height of the 11-year civil war. But death sentences have continued to be issued.

The West African nation of 7.8 million people is the 23rd country on the continent and the 110th worldwide to end capital punishment.

Sierra Leone joins a growing number of African countries that have outlawed the death penalty, with Chad abolishing the punishment last year, for example.

Among Africa’s 54 independent countries, nearly half have abolished the punishment.

According to Amnesty International, 108 countries had completely scrapped the death penalty by the end of 2020, while 144 had abolished it either in law or in practice.