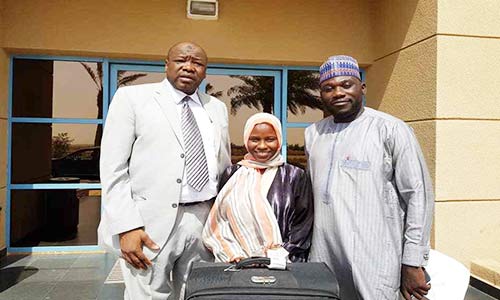 Alleged drug trafficker, Zainab Aliyu, who was detained in Saudi Arabia has been released to the Nigerian mission in Saudi.

The other victim, Ibrahim Abubakir will be released tomorrow.

This was announced by the Perm. Sec., Ministry of Foreign Affairs.