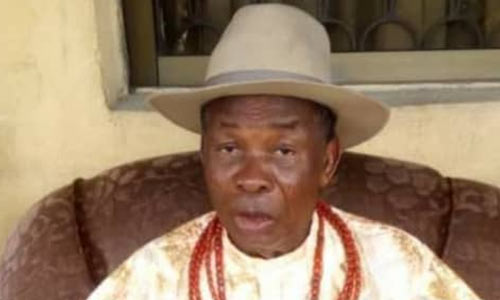 The Nigerian Bar Association (NBA), Sapele Branch, Delta State, has lost one of its leaders in person of J.Y. Odebala to the cold hands of death.

This is contained in a statement made available to TheNigeriaLawyer signed by the Branch Secretary, S. C. Okehielem, Esq. titled “A BLACK PAINFUL FRIDAY FOR THE NBA, SAPELE BRANCH.”

“I have the instruction of the Chairman to notify all members of the NBA, Sapele Branch, that the Branch has lost One of its foremost leaders, in the person of J.Y. Odebala.

“His Lordship, Obaro Odebala, the son of J.Y. Odebala, has confirmed the death of his father to the NBA Sapele Branch.” the statement reads in part

The statement further disclosed that the late J.Y. Odebala died on the 4th of December, 2020, in an undisclosed hospital in Asaba where he was hospitalized because of his critical health condition.

“The NBA Sapele Branch will pay a condolence visit to the family of J.Y. Odebala as soon as possible.” the statement further reads in part