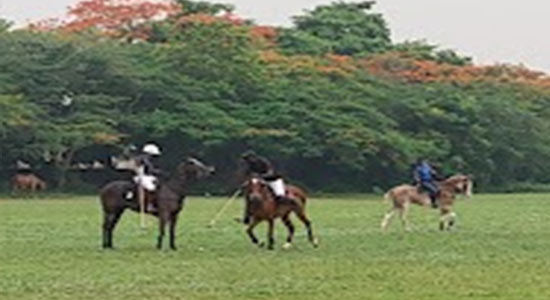 Fabunmi is the counsel to Alhaji Nurudeen Adeoye, who is the alleged owner of 10 acres of land in Isheri-Olowora, including the land on which Ikeja Saddle Club was built.

The Silk said the police acted to preserve the property in the course of its investigation of a petition to the Lagos State Special Taskforce on Land Grabbers.

But Fabunmi described the claims in the petition as “half-truths, loaded with falsehood”.

According to him, Justice Babajide Candide-Johnson of the Lagos State High Court on May 3, 2016 in Suit No 1D/1352/2001, declared Princess Josephine Momoh as the lawful owner of the property.

The judgment was affirmed by the Court of Appeal on November 14, 2019, following which Princess Momoh – in the absence of an appeal – got a court order and was lawfully put in possession of the property by the court appointed Deputy Sheriffs on February 17, 2020.

A Form O (Certificate of Execution of Warrant of Possession) was also handed over to Princess Momoh on February 18, 2020.

He said Alhaji Adeoye bought the land from Princess Momoh after due diligence that it was without any encumbrance and that the judgment creditor was in full, lawful possession.

He alleged that sometime in September, the Saddle Club, which was not a party to the suit, returned to the land with soldiers and, without a court order, “illegally” chased away Alhaji Adeoye who was already in full possession.

In order not to resort to self-help, Adeoye reported the matter to the Lagos State Special Taskforce on Land Grabbers which invited all the parties, including the police and the Lagos State Government officials.

Saddle Club, he alleged, could not present to the Taskforce any survey plan excluding the land on which the club was built, from the judgment.

Fabunmi added: “What they term as invasion, illegal repossession is an exercise by the police in furtherance of their investigation relating to his petition that, ‘these people are not allowing me to enjoy the fruit of my purchase, they are not supposed to be there because there is a Form O, which has been levied, writ of execution has been levied. They have been chased out. Why were they still there?’

He added: There is nothing on the face of it to show that Saddle Club has taken steps to set aside the Form O, or appeal as an interested party against the judgment of the Court of Appeal or of the High Court, haven been aware of the existence of those judgments.

“The most important thing is that there was no impediment against Alhaji Nurudeen Adeoye from buying that large parcel of land, which is 10 acres. If there was an impediment, he would not have bought it. That was why he went ahead and purchased the land and as of today, there is still no impediment restraining him from taking possession of the land.”