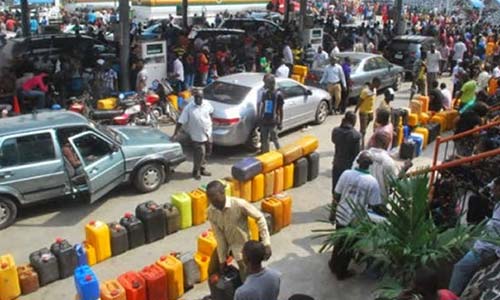 There was relief among residents of Rivers State as the oil and gas workers’ unions in the state, including the Nigeria Union of Petroleum and Natural Gas Workers, called off their strike on Thursday.

Following the strike embarked upon by filling stations and tanker drivers in the state, residents had since Wednesday endured a tough time as fuel scarcity hit Port Harcourt, the state capital, and its environs.

But all the filling stations began dispensing fuel on Thursday evening as soon as the strike was called off.

Our correspondent gathered that the State Governor, Nyesom Wike, the national leadership of NUPENG and other related bodies had intervened in the matter for the strike to be called off.

The strike, according to NUPENG in the state, became necessary as a result of alleged indiscriminate arrest of tanker drivers and seizure of tankers belonging to members by the state task force which accused them of illegal parking.

Before the strike was called-off, black market operators sold petrol at the rate of N350 per litre as against the government-approved price of N145 per litre.