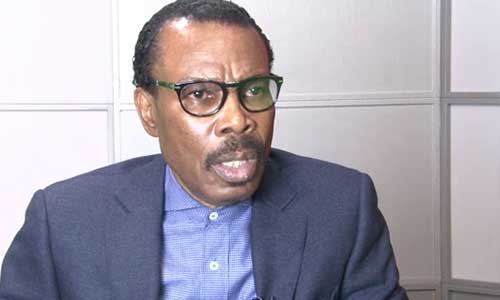 Rewane, who is a member of President Muhammadu Buhari’s Economic Advisory Council (EAC), gave the verdict in his monthly economic breakfast session titled, ‘Adapt or Perish,’ which he presented at the Lagos Business School, a copy of which was obtained yesterday.

Trade between Nigeria and China reached $8.6 billion in the first half of 2019, according to data released by Chinese Consul-General in Nigeria, Chu Maoming.

The Central Bank of Nigeria (CBN) in 2018, signed a $2.5 billion bilateral currency swap with the Peoples Bank of China (PBoC).

Following the first reports of cases of acute respiratory syndrome in the Chinese city of Wuhan in December 2019, Chinese authorities had identified the novel Coronavirus as the main causative agent.

The outbreak has rapidly evolved, affecting other parts of China and outside the country. Cases have now been detected in at least 28 countries and territories around the world, notably in Asia, Australia, Europe and North America. The disease is potent in temperate regions.

So far, over 37,595 cases have been confirmed, 814 persons have died due to the disease, with no confirmed case in Nigeria yet.

However, Rewane said the development would slow down China’s growth sharply from the 6.1 per cent recorded in 2019 and drag down the price of crude oil.

In his assessment of the Nigerian economy, he predicted that the fourth quarter 2019 Gross Domestic Product (GDP), expected to be released this month would be 2.3 per cent, even as he anticipated that inflationary pressure in the country would persist.

He listed factors that would stoke inflationary pressure in the coming months to include the hike in the Value Added Tax (VAT) to 7.5 per cent and the implementation of new minimum wage across the federation.

Commenting on his expectations from the economy this new decade (2020-2030), he said the country was expected to transit from a bank- based economy to market-based economy, as well as an improved sector diversity on the Nigerian Stock Exchange (NSE).

Rewane stated that the banking sector influence of activities on the NSE was a declining function of time.

“Nigeria in the new decade Nigeria must lift aggregate investment from $87 billion (19.5 per cent of GDP) to above $110 billion in the next two to three years,” he added.

But trading sector GDP fell in Q3, while the agric sector grew by 2.28 per cent.

However, since the border closure, monthly import duty collected by Customs has risen by 15 per cent.

The report showed that 14 states have started paying the new minimum wage of N30,000 per month while the NYSC has increased corps members’ allowance from N19,800 to N33,000

“The new VAT rate kicked off in February with estimated revenue accrual to increase from N1.9 trillion to N2.8 trillion.

“While 15 per cent of VAT stays with the federal government and 85 per cent goes to the states. This will help the states meet the new wage bill,” he added.