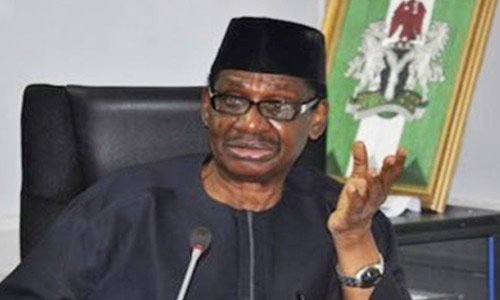 Prof. Itse Sagay (SAN), Chairman of the Presidential Advisory Committee Against Corruption (PACAC) has frowned at the continued detention of the leader of Islamic Movement of Nigeria (IMN), Sheikh Ibrahim El-Zakzaky, by the Department of State Security (DSS).

Zakzaky is being held by the DSS while facing charges for culpable homicide, unlawful assembly, and disruption of public peace.

On Tuesday, members of the movement invaded the National Assembly to demand the lawmakers’ intervention in the release of their leader. During the confrontation with security agents, several vehicles were damaged while five policemen were injured.

Forty suspects were arrested in connection with the incident.

Speaking with newsmen on Thursday, Sagay advised the Federal Government to obey court orders and release Zakzaky on bail instead of detaining him perpetually without trial

He said, “I have already expressed this opinion almost a year ago that in the absence of anything that I know, apart from the fact that everybody is aware of, I think the best option is to release him, even if it is on bail”.

“That is better instead of keeping him there and using him as an attraction for these gatherings that are disrupting everywhere and creating a level of anger and emotions that can upset the society and create unnecessary tension”.

“Except if there is something we don’t know, I really don’t see why he is being kept for all these years. That is my sincere view” he said.