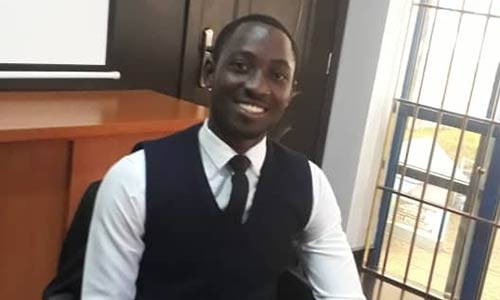 I had the opportunity of reading an article by my friend and brother, Mr. Rilwan Salihu (hereafter “The Writer”). The article is titled “The Legal Implication of A Will and Estate Disposed and Distributed Under Islamic Personal Law By A State High Court, for ease of reference the link to the said article is herein provided [ https://www.barristerng.com/the-legal-implication-of-a-will-and-estate-disposed-and-distributed-under-islamic-personal-law-by-a-state-high-court-by-rilwan-saidu-salihu/ ]. It’s pertinent to state from the onset that Mr. Salihu (The Writer) is a refined gentleman, whose wealth of knowledge is rare. However, we find it difficult to agree with the majority of his position in the aforementioned article, and hence, we have decided to state an alternate view which we consider to be more in tune with the law.

It seems convenient to set a bedrock for our discourse based on the writer’s argument which can be summarized thus;

First, the writer started by explaining the Sharia Court of Appeal (hereafter “SCOA”) and it’s composition, making proper reference to s. 275(1) of the 1999 Constitution (herein “CFRN”). In further alluding to this provision, he emphasized that the metric for determining the existence of SCOA in the states would be “where the state has a predominant muslim population or a sizeable proportion of muslims”. He argued and recommended that states (especially those in the South Western region of the country) are bound by the aforementioned provision to create the SCOA. In summary and according to his explanation, the metric for determining the existence of the SCOA is dependent on the Muslim population of the particular state. And that failure of these states to create the said court has not only been a “constitutional sin” but also an obstacle in the development of the Islamic personal law.

Secondly, the writer made an argument on the “exclusivity of the Sharia Court of Appeal” jurisdiction over (Appeals of) disputes on “Islamic personal laws” to which he referenced s.277 CFRN as the basis of such exclusivity. By expansion of argument, he believes that this exclusivity is “perceived” because of the SCOA being an “Islamic-base or sharia- wise court”, and as such he argued that that “the framers of our laws never intended to place the State High Court (hereafter “SHC”) at par with the SCOA on issues of Islamic personal law. The writer thereafter solidifies his claim by relying on the Court of Appeal decision in Sale v. Mohammed (2005) FWLR (pt. 256) p. 766@ 777, on the “exclusivity” of the court over Islamic matters.

I would attempt to review his positions (on points of law) as much as possible, so as to clearly point out the position of our law.

1) ON THE ISSUE OF METRIC: We humbly submit that although the writer cited the proper provision of the law, he however opted for a quite different metric in determining which state(s) of the federation can or should be allowed to “operate a Sharia Court” system. For clarity purposes the said s. 275(1) CFRN provides thus;

‘there shall be for any state that desires it a Sharia Court of Appeal for that state-;…”

It follows that the metric for determining the existence or otherwise of a SCOA is highly discretionary and not mandatory as suggested by the writer. With the metric as provided by that provision being “the desire of any state to have it”, and not the population of the Muslim community in that state (although it’s a factor worth considering), and certainly not the region or location of the State in question. By implication, the discretionary nature for the creation of the SCOA would only go to suggest that there exist no illegality or wrong by states for ‘failing’ to create such a court as suggested by the writer. We submit that the intention of the framers of our law by providing for the SCOA, was only to accommodate adherents of the Islamic faith will respect to a Judicial system having a similitude with their belief and nothing more.

2) ON THE ISSUE OF EXCLUSIVITY: It is necessary to state that we fully align with the writer’s position that the SCOA is certainly not like the regular Courts, we dare submit that, the SCOA posses a nature that is sui generis, and as such differs from the traditional courts, however, we reject the argument on exclusivity of the SCOA over (appeals of )Islamic personal laws or any other issue under s.277(2) CFRN. It is our view that the sui generis nature of the SCOA is only with regards to the specialization of its adjudicators— ie, the requirement of being “learned in Islamic law” as a criteria for appointment (s.276(3)(b) CFRN), and nothing more.

Furthermore, we submit that a careful perusal of s.277 CFRN– which was alluded  to by the writer as being the source of the exclusivity of the SCOA- would reveal a position contrary to what he submitted. For clarity, s.277 CFRN provides thus;

1) The sharia Court of Appeal of a state shall, in addition to such other jurisdiction as maybe conferred upon it by the law of the state exercise such appellate jurisdiction and supervisory jurisdiction in civil proceedings involving questions of Islamic personal law which the court is competent to decide in accordance with the provisions of subsection 2 of this section…”

2) ” for the purpose of subsection 1 of this section, the shariah court of Appeal shall be competent to decide -:

(b) where all the parties to the proceedings are Muslims , any question of Islamic personal law, regarding a marriage, including the validity or dissolution of that marriage or regarding family relationship or foundling or the guardianship of an infant;

(c) Any question of Islamic personal law regarding wakf, gift, will or succession, where the endower, donor, testator, or deceased person is a Muslim;

(d) Any question of Islamic personal law regarding an infant, prodigal, or person of unsound mind who is a Muslim or the maintenance or the guardianship of a Muslim who is physically or mentally infirm ; or

(e) where all the parties to the proceedings being Muslims have requested the court that heard the case in the first instance to determine the case in accordance with Islamic personal law, any other question.

A careful study of the above leaves one in marvel as to how/where the writer’s “exclusivity” argument was birthed from. We submit that the omission by the legislators to include any phrase that suggests the exclusivity of the court on appeals as contained in s.277(2) CFRN would mean that the said appellate jurisdiction of the court is shared with and by the SHC— contrast the provisions of ss. 272(2), 277, 232, 233, 239, 240, 251 CFRN. See also Hon. Ehioze Egharevba vs. Hon. Crosby Osadolor Eribo & Ors (2010) 9 SCM 121 at 137 C  This becomes more logical where the discretionary right of creation of the court is considered, that is, where a state fails to create the SCOA, litigants would not be frustrated given the lack/non-existence of the SCOA, as they can approach the SHC to have their disputes resolved. Also, that even where the court exist in the state, parties are still at liberty to opt for regular hearings by traditional courts, irrespective of the specialization of the SCOA Judges in Islamic law or the litigants being all Muslims.

It’s necessary to quickly add, that by the Constitutional omission of any exclusivity of the SCOA jurisdiction, the State House of Assembly cannot make a law suggesting such exclusivity or overly stretching the jurisdiction of the SCOA, and where such a law exist, it is submitted that such law is null and void, and highly ultra vires in accordance with s.1(3) CFRN and Kanawa v. Maikaset (2007) LPELR-8224 (CA)

Whilst it may seem logical to argue that the SCOA has an exclusive Jurisdiction over disputes on Islamic personal law because of the specialization of its adjudicators, it certainly isn’t valid an argument to make, given the improper premise of exclusivity alluded to by the writer. An argument may be logical but yet invalid.

Given the above submissions, we therefore find it extremely difficult to align with the suggested views of their Lordships of the Court of Appeal which seems to suggest that the SCOA has exclusive jurisdiction over Islamic personal laws— Sale v Mohammed (Supra).

To our mind, we respectfully submit that the reasons from which the decisions of the learned Justices of the Court of Appeal is based cannot be tantable in light of the constitutional provision already stated.

In Kanawa v. Maikaset (2007) LPELR-8224 (CA) where the Court of Appeal rightly strucked out s.17(3) of the Sokoto State Sharia Law of 2000 as being inconsistent with the Constitution, given that the law gave criminal jurisdiction to the Sharia Court of Appeal. It’s important to note that the position of “exclusivity” was not taken by the lead Justice but rather by Ariwoola JCA—one of the co-Justices, and the issue for determination wasn’t on any conflict between the SCOA and the SHC but rather whether the SCOA has a right of appeal on issues not included in s.277 (2) CFRN. See further Helende v. Musa & ORS (2018) LPELR-45449(CA).

We therefore consider that there isn’t a clear cut instance known to us (as at this moment) where the Appellate Court had to pronounce on the shared jurisdiction of the SCOA and SHC with regards to Islamic personal law, that is, the interpretation of s.277 CFRN as against the general jurisdiction of the SHC in s.272 CFRN, in line with the omission of the “exclusivity phrase” in the Constitution. We further posit that if such a situation arise, we are confident the court will rule in line with our position.

In conclusion, we hold the firm view as posited above and thus submit;

2] That neither the required specialization in Islamic law as required by the Constitution for the adjudicators of the SCOA nor the limitation of matters that can be heard by the court—being Islamic personal law or those listed in s.277(2) CFRN; confers on the SCOA any exclusivity, and that Judicial pronouncements cannot create such.

3] That the metric to be used in determining whether a state should create the SCOA is the desire of such state (particularly the willingness of the State House of Assembly) to establish such a court and not the population or followership of the adherents of the Islamic faith.

4] We submit that contrary to the conclusion of legal implication reached by the writer, which suggests that SHCs lacks the Jurisdiction to hear matters of Islamic personal law on wills, we hold that the SHCs have the full jurisdiction to entertain such matters without recourse to the SCOA.

JOHN, OVUNDAH WISDOM; is a penultimate law student of the University of Nigeria Nsukka, and he writes from Port Harcourt, Rivers State, Nigeria., Contact: ovundahjohn07@gmail.com.