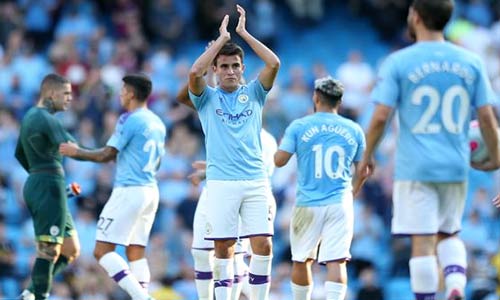 The English Premier League is all set for a restart on June 17 according to a various reports in English media.

The report states that the league will restart with two matches: a blockbuster clash between Arsenal and Manchester City and the other one between Sheffield United and Aston Villa.

The decision to resume English football’s biggest competition was made after the 20 clubs agreed to come back that week in Thursday’s ‘D-Day’ videoconference.

It is to be noted that as per reports, the original proposed date was June 20, but the three-day cushion has been kept to see how the first two matches fare. Once the coast seems clear, another huge clash – between Manchester United and Tottenham Hotspur is possibly in line to be played June 19.

It is believed that topics ranging from broadcast rebates and home and neutral venues were also expected to be discussed but no information has come on those fronts. The decision to resume the EPL was expected given how the authorities and clubs were reportedly taking little steps towards it. The resumption of the Bundesliga and the fact that LaLiga is also on its way to a restart on June 8 was an indication of the road ahead being clear for the EPL.

The EPL, on March 19, was suspended till April 30 due to the Coronavirus pandemic with Liverpool stationed at the top of the standings with 82 points from 29 matches. No matches have been played since Leicester’s 4-0 win over Aston Villa on March 9.

The league was among Europe’s top five to be halted due to the increasing number of virus cases, and although the future was unknown, several former footballers clamoured for the scrapping of EPL.

The news is in particularly big for Liverpool since they are just two wins away from securing their maiden Premier League title in 20 years.

Akpata, Others, Speak At Raminba Land Use Charge Commemorative Lecture