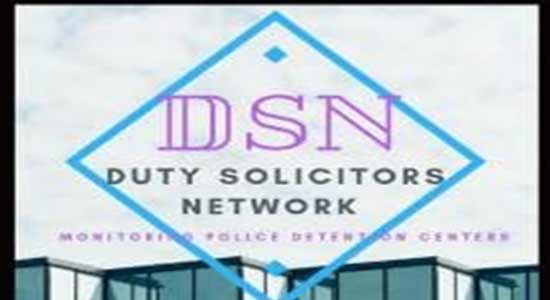 *Says On Routine Visit To Area C Command, Police Hid Detained Suspects From Lagos Chief Magistrate
*Says It Was Discovered That The Hidden Suspects Were Detained On The Directive Of The CP
*Calls On More Lawyers To Volunteer To Accompany Magistrates During Routine Visits To Police Stations

A group of lawyers under the aegis of Duty Solicitors Network, DSN, has raised an alarm over alleged detention of suspects by the police without knowledge of the families of the Detained suspects and the judiciary

In a statement made available to TheNigeriaLawyer signed by its convener, Mr. Bayo Akinlade, the group says the findings were made during a routine visit by a Chief Magistrate to the Area C Command of the Nigerian Police, Lagos.

The Convener of the Network, Mr. Akinlade who happens to be the immediate past president of the Nigerian Bar Association, NBA, Ikorodu Branch, says,

“When the Police start to break the very Law they have sworn to uphold then we know that our citizens are in grave danger.

“Policemen across Lagos are now kidnapping citizens and detaining them in police stations without the knowledge of their families and the Judiciary.

“Recently a Chief Magistrate in Lagos, while performing her duties under the Administration of Criminal Justice Law mandating magistrates to visit police detention centers witnessed a terrifying situation that threatens our safety and completely erodes our trust in the Nigerian Police.

He further detailed the outcome of the visit by saying that,

”We arrived the premises at exactly 2.45pm in company of the Chief Magistrate and her support staff. With His Honour, were also 5 learned counsels from NBA Lagos Branch and the Legal Aid Council of Nigeria

“The situation we met on ground revealed several anomalies in the system operations at Area C.

“On reaching the cells we found them mostly empty, contrary to earlier reports of overcrowding. Even the Detention board was wiped clean.

“His Honour enquired as to the whereabouts of the 19 suspects previously in brief custody as at her last visit on Monday 10th January 2022, as well as 8 others in prolonged custody since the 24th December 2021, totaling 27 suspects in all.

“She was told that the suspects in custody had been released, to which she promptly demanded evidence of their release either in a letter, or their respective bail applications, or any other form of release records.

“Only one bail application covering two inmates was produced in respect of the 8 which were detained since the 24th December, which left 25 suspects unaccounted for.
The shocker was that the Station Officer had no record of these suspects, nor any statements obtained at the time of their arrest, showing that nothing had been done.

“Further previous report from His Honour on her engagement on Monday, revealed that the arrests were randomly done on suspects of all ages, charged with no particular offence, without being informed of the reason for their arrest, and picked up while going about their normal private lives. Not even their IPOs were known to them.

“After waiting indefinitely for the police records of release which were not forth coming, our suspicions were raised as to the truth of the suspects’ release. Some of us then quietly conducted a surprise search of the premises and found a room where some of the missing suspects had been hidden.”

The group noted that the Chief Magistrate had to sensitize the police officers on the need to keep records. According to the group, different suspects were found in many other rooms some of whom were minor and have been in detention since November, 2021 without being charged to court.

DSN further noted that it was discovered that the secret detentions were at the instance of the Commissioner of Police who directed that the detainees should neither be released nor hlbe charged to court. The Group hoped to look into the situation on the possibility of taking the matters up. It also called on lawyers to volunteer to accompany Magistrates during routine visits to police stations.

“His Honour had to embark on an exercise educating the officers on the need to keep such important, documentary records, and very briefly, gave a template on such guidelines.

“In another room where a female suspect was undergoing interrogation, it was discovered that she had been arrested since November 2021, and had been charged to Court as an accused person, yet for inexplicable reasons was still sleeping in the cell as a suspect. This was a mother with children. There were others like herself, being held beyond the acceptable time.

“A further search of the various floors of the facility, revealed the other female suspects, one of whom was still a minor. It was also discovered in the process that some cases which the officers claimed had been charged to court, were in fact charged to a Court without a sitting Magistrate.

“Several other suspects were also discovered, having been transferred from Ikorodu, and still being held beyond time. We were however able to gather the names and particulars of all the suspects we found in the Area C facility, for immediate action on their cases.

“In the end, and after several interrogations, we were able to come to the conclusion that all these anomalies result from the ‘directives of the CP,’ who gave orders for the suspects not to be released or formally charge in court and who is fully aware of the consequent situation, and that the officers at Area C Command are only following orders.

Hopefully, the DSN can look into and remedy this situation with the CP, even as we follow up on the respective cases at the facility”.

“It is important to note that if not for the provisions of the ACJL and the Police Duty Solicitors Scheme, we wouldn’t have been able to discover these horrible activities perpetrated by the Nigerian Police.