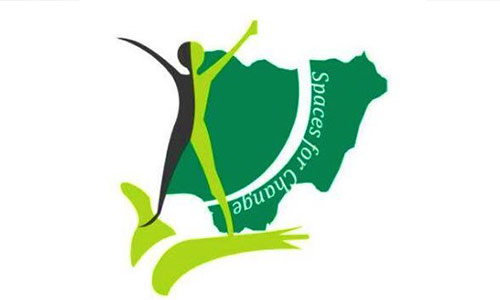 The Executive Director of Space for Change (S4C), Victoria Ibezim-Ohaeri and the Legal advisor of the Organization, Sola Mercy Taiye Olutayo, have said that host communities always bear the brunt of functions overlap of various Oil and Gas Regulatory Agencies and absence of coordinating mechanisms between the agencies

This is contained in a briefing paper made available to TheNigeriaLawyer authored by the duo and reviewed by Samuel Diminas wherein evaluation was made as to whether the systems, officials and institutions proposed in the Petroleum Industry Bill 2020 (PIB 2020) are adequate to guarantee improvements to regulatory quality and bring about better social, environmental and economic outcomes for the country, including the host communities.

According to them, the ultimate objective of the PIB 2020 is to promote transparency, and accountability in the administration of Nigeria’s Petroleum Industry and to meet the said objective, the Petroleum Industry Bill, 2020, proposes to “create efficient and effective governing institutions, with clear and separate roles between the regulatory agencies and the Operators in the petroleum industry.”

They also said the two proposed regulatory agencies are the Upstream Regulatory Commission and the Midstream and Downstream Regulatory Authority, which are under the supervision of the Minister of Petroleum and ultimately, the President.

“The regulatory agencies will exercise regulatory authority over all aspects of the industry, enforce standards and promote an enabling environment for investment in the Nigerian petroleum industry.” they said

Furthermore, they said powers of the minister are not absolute. The minister grants and revokes licenses but the bidding process is handled by the Commission

“Although the petroleum minister’s powers are expansive, they are not absolute. For instance, the minister has the exclusive power to issue and revoke licenses and leases but the bidding processes are superintended by the Commission. This provides for the decentralization of control and decision-making powers, while ensuring procedural fairness in the decision-making process. While there are checks and balances, several gaps remain.”

The briefing paper reads in part, “PIB 2020 retains the president’s discretionary power to award licenses notwithstanding the bidding parameters laid out in the bill. By section 74 (3), ‘the government’ is empowered to direct the Commission to negotiate and award a Petroleum Prospecting License or a Petroleum Mining Lease. The Bill carefully excludes the name of the president and substitutes it with the term ‘the government’. Previous versions of the PIB contain this provision and they all vested this power on the President.”

They added, “The president’s discretionary licenses are awarded to qualified investors identified in an agreement or treaty for strategic purposes and in return for substantive benefits to the nation. What constitutes strategic purposes or return for substantive benefits to the nation, are not defined or explained in the bill. Again, the lack of clarity exhumes the intractable debate regarding what role discretionary executive power should play in petroleum industry governance, especially amid the persisting clamor for the imposition of stringent measures to check abuse of power, patronage and political interference.”

Lastly, they made observation on the overlap of functions of regulatory agencies in the Oil and Gas industry and absence of coordination mechanisms between the agencies to ensure effective policy Directives and implementation

To them, host communities are at the receiving end of the implication of the responsibility overlap.

“The expansive regulatory powers for environmental matters in the petroleum industry vested on The Commission and Authority overlap with the statutory responsibilities of the Oil and Gas Division of the Federal Ministry of Environment. Particularly aggravating the issue of regulatory overlap is the absence of mechanisms for inter-ministerial coordination to ensure effective policy directives and implementation.

“Finally, oil and gas exploration and production host communities directly impacted by oil and gas operations bear the brunt of the persisting regulatory overlap and absence of coordinating mechanisms between agencies. The procedure and mechanisms through which individuals, communities and independent watchdogs can use to access, participate or challenge the decisions of regulators for upstream and downstream operations is unclear.”