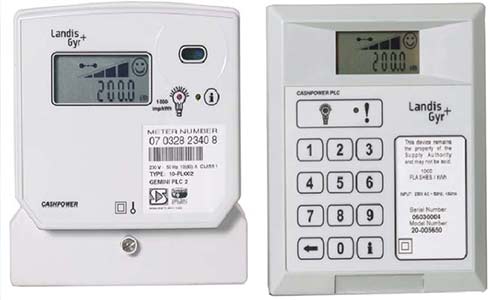 Determined to put an end to estimated billing in its area of coverage, the Port Harcourt Electricity Distribution Company on Thursday launched the sale of meters to electricity consumers under the Meter Asset Provider scheme also known as MAP.

Kapoor explained that for the three-phase metre, consumers would pay the sum of N70,408.64 to get the item, adding that the installation of the items would be done within 10 days of payment by landlords and tenants enjoying PHED services.

The sale of metres to consumers became necessary after the Nigerian Electricity Regulatory Commission changed its position from the metering homes at no cost to the current situation, where the items are sold.

Kapoor noted that the sale of meters to its consumers would eliminate errors in billing, adding that the complaint by consumers on estimated billing would soon be over.

He added that it would take PHED one year to be able to install all the meters needed, depending on the response of customers.

Kapoor said, “Under the policy, all customers are mandated to be metered and they have to pay for their meters. To this end, a harmonised cost of N38,841.07 and N70,408.64 for single and three phase meters respectively, has been determined by NERC for the purpose.

“NERC granted permits to two vendors, Holley Metering Limited and Armese Consulting Limited to fund, supply, install, and ensure integrity of the meters. The MAP scheme came as a result of Federal Government’s engagement with electricity distribution companies over estimated billing that result in erroneous billing.”

He disclosed that PHED had established Bill Reconciliation Camps in it areas of coverage (four states) in order to ensure smooth transition of unmetered and defective metered customers into the scheme.

In his remarks, Mr Akpo Ebogbare, Assistant Manager of Armese Consulting, one of the two prescribed MAP vendors, assured electricity consumers that his firm had enough meters that would go round the four states under PHED’s coverage.

Ebogbare explained that 50 per cent of the meters required for the four states were ready for sale, distribution and installation.

Also, Ogochukwu Ogani, who is the Head of Holly Metering Limited, pointed out that the meters would be made available within 10 days of purchase by electricity consumers.