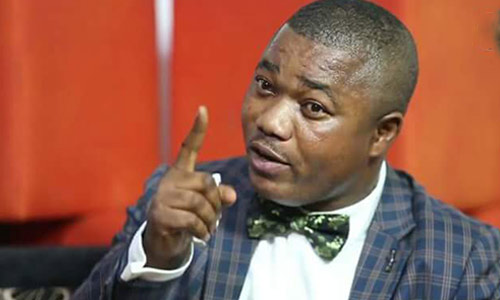 Ifeanyi Ejiofor, lead counsel for the embattled leader of the Indigenous People of Biafra, Nnamdi Kanu, has said people in the South-East don’t believe that his client is still alive.

This he said is the reason why they still observe the sit-at-home order issued by IPOB despite the secessionist group announcing its end.

Ejiofor said this on Wednesday during a press conference on developments ahead of Kanu’s trial coming up on Thursday.

He said, “We also wish to state that the current tension and regular Monday sit-at-home being observed by our people in the South East, despite the exercise being called off by our Client’s peaceful movement, is steadily gaining momentum because our people are yet to see and believe that our Client Onyendu Mazi Nnamdi Kanu is still alive.

“This suspicion was further fueled by his non-production in Court on the 26th day of July 2021, for no tangible reason. Our people’s demand for his unconditional release from custody is a well-informed position, which the Government at the centre currently persecuting Mazi Nnamdi Kanu should give a listening ear to, and speedily activate the process towards his freedom, as he has committed no offence known to law.

“That the Security Agents should avoid any situation that will result to any form of maltreatment to the Lawyers in court (whose constituency is that very court), the media, or those that will be attending Court in solidarity with our Client.

“The World is watching. The show of shame openly demonstrated by the overzealous Security Agents on the 26th day of July 2021 should never repeat itself.”

The lawyer warned security operatives against arrest and molestation of the civilians who will turn up in court tomorrow to observe proceedings.

He said, “We demand justice, fair hearing/trial and fair play, which will not only be done in the open Court but manifestly be seen to have been done by an average person watching from close proximity.

“On this note, arrest, molestation, rough handling and maltreatment of harmless civilians and sympathisers, who are to be in court in a show of solidarity, should not be allowed.

“We also wish to advise our client’s supporters to bear in mind that not everybody will be able to access the courtroom on this day. Hence, wherever you find yourselves within the court’s environment, you all must remain civil in your conduct, as you have always been, and continue to supplicate to God Almighty even as the trial goes on.

“Further note that our objection to the competency or otherwise of the newly amended 7-count charge is now before the Court, and we believe most strongly that there shall be light at the end of the tunnel.

“We thank you all for being part of this briefing while promising you all that victory shall be ours, and justice shall prevail in the end.”