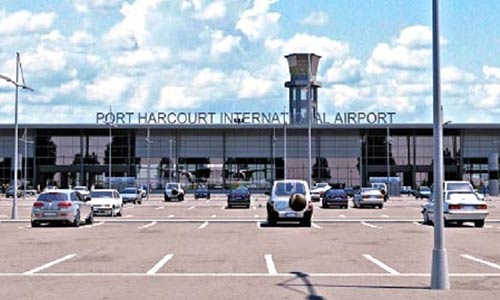 Hundreds of passengers on domestic and international flights were left stranded (Saturday and Sunday) at the Port Harcourt International Airport, Rivers State, as the airport runway remained closed against traffic following the delay in removing a spoilt Boeing 737 aircraft belonging to Air Peace Airline which skidded off the runway while landing at about 3pm on Saturday.

The incident occurred during a heavy downpour at the airport while the aircraft had descended into the runway for final landing.

It was learnt that both the Federal Airports Authority of Nigeria (FAAN) and the Nigerian Airspace Management Agency (NAMA) had issued a force majeure to airlines, better referred to in aviation sector as Notice to Air Men (NOTAM) informing of the inability to use the airport for flight operations.

Worst hit were passengers on the Lufthansa Airlines of Germany and Air France/KLM which had to cancel their Saturday and Sunday flights to Frankfurt, Paris, and Amsterdam with some of the intending passengers lodged in hotels.

“Lufthansa cancelled the flight on the Saturday June, 22, with their customers lodged in the hotel; it has also cancelled today’s flight (Sunday, June 23) due to airport closure,” said San Adewale, a senior official of the airline on Sunday.

“And with no information given of the possible time to reopen the airport, the flight of Monday June 24 will also be cancelled, making it three flights cancelled if no new Notice to Air Men (NOTAM) is issued,” the official lamented.

Some local airlines, however, had to divert their flights to the Port Harcourt Air Force base.

Spokeswoman for the Federal Airports Authority of Nigeria (FAAN), Mrs. Henrietta Yakubu, in a statement about 3pm said “the Air Peace aircraft that overshot the runway in Port Harcourt International Airport has been moved away.”

She, however, didn’t state if the airport had been opened for flight operations as investigators have to move in to assess the state of the runway surface and its capacity to drain the flood to allow the smooth landing and take-off of aircraft.

A statement by the Accident Investigation Bureau of Nigeria said the Air Peace flight had 94 passengers and six crew members on board and assured that investigations had been launched by a team of experts to unravel the cause of the serious incident. A similar incident involving a Dana Air flight occurred last year at the Port Harcourt airport runway while the pilot was attempting to land during heavy downpour leading to the destruction of the aircraft beyond repairs.

Early in the year, the Nigerian Civil Aviation Authority (NCAA), had warned pilots against landing at airports in the country during adverse weather conditions, especially during downpours given the risk associated with poor visibility, over shooting the runway, or skidding off the runway.