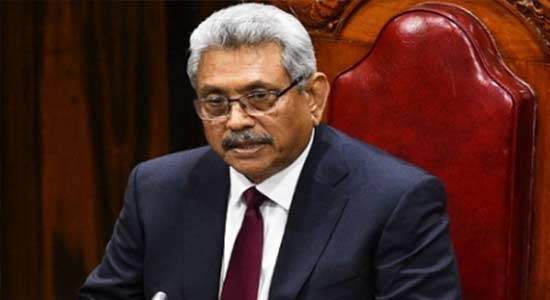 Sri Lanka President Gotabaya Rajapaksa ordered a probe Wednesday into his niece’s overseas wealth after she and her husband were alleged in the Pandora Papers to have millions of dollars stashed abroad.

The opposition immediately cried foul, saying that the investigation would amount to a cover-up by the Rajapaksa family which have been powerful in the island nation for decades.

Cabinet spokesman Dulles Alahapperuma said the president asked the main anti-graft body to issue a report on the assets of Nirupama Rajapaksa and her husband Thirukumar Nadesan “within one month”.

Nirupama Rajapaksa, 59, was a legislator in the previous governments of another uncle, Mahinda Rajapaksa, the current prime minister, between 2004 and 2015 and was a junior minister for five years.

The couple’s names were among dozens of prominent personalities worldwide featured in roughly 11.9 million documents leaked from financial services firms that managed their wealth.

The Pandora Papers were obtained by the International Consortium of Investigative Journalists (ICIJ) and released in stories by media partners including The Washington Post, the BBC and The Guardian.

Allegations range from corruption to money laundering and tax evasion.

The ICIJ said that according to its analysis of a Nadesan trust’s financial statements, Nirupama Rajapaksa and Nadesan had offshore holdings worth about $18 million in 2017.

In emails to Asiaciti Trust, a Singapore-based financial services provider, a longtime adviser of Nadesan’s put his overall wealth in 2011 at more than $160 million, the ICIJ said.

Holding assets offshore or using shell companies is not illegal in Sri Lanka, but it must be declared to the local tax authorities.

The government last month passed legislation granting an amnesty to tax dodgers hoping that the move will bring back wealth stashed abroad at a time when the island is facing a serious shortage of foreign exchange.

Leftist opposition legislator Anura Dissanayake said they had little faith in the latest investigation which he said had been set up to deflect public anger.

“Investigations are a mechanism to suppress the truth and protect the guilty,” Dissanayake told AFP.

Nadesan has been indicted in a local money laundering case in 2016 along with another Rajapaksa sibling, Basil Rajapaksa, who is the current finance minister. The case is pending.

The “Pandora Papers” are the latest in a series of mass leaks handled by the ICIJ, from LuxLeaks in 2014, to the 2016 Panama Papers.

They were followed by the Paradise Papers in 2017 and FinCen files in 2020.