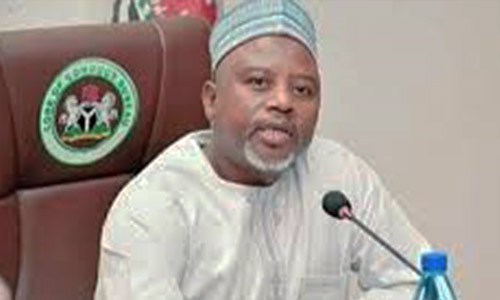 NIGERIA’s Code of Conduct Bureau (CCB) has declared an interest in the Pandora Papers revelations regarding Nigerian past and present public officers reported to have owned undeclared assets offshore and expressing a commitment to open investigations.

The CCB is the Nigerian public agency dealing with issues of corruption, conflict of interest, and abuse of office by public servants.

In an October 12 letter to PREMIUM TIMES, the bureau acknowledged the Pandora Papers project and “what it portends” as well as how the landmark global investigation led by the International Consortium of Investigative Journalists ” has created ripples across the globe.”

The bureau then said sought cooperation to facilitate its investigations and “where possible” prosecution of Nigerians involved.

PREMIUM TIMES, which is among 151 media outlets partnering in the ICIJ-led Pandora Papers project, has exposed some Nigerian former and current governors, lawmakers, and other senior officials, including a judge, as having secret, usually suspicious, financial dealings tucked away in secrecy and tax havens.

“Consequent upon this and also noting your passion for the pursuit of integrity, accountability, and transparent society, the Bureau seeks to partner with you in the area of information sharing to enable it to investigate and where possible prosecute those found guilty at the Code of Conduct Tribunal.”

“The primary motivation for our work is to help the public obtain the information they need to ask questions and make informed decisions and for law enforcement agencies to have the leads they require for necessary actions,” Mr Mojeed said in a letter dated October 18.

Others are Governor Abubakar Bagudu of Kebbi State, Governor Gboyega Oyetola of Osun State as well as his associates including former Lagos Bola Tinubu, and Ogun State Governor Dapo Abiodun.

We also reported the offshore links of the children of former NSA Sambo Dasuki and billionaire Leno Adesanya and a retired senior judge Stella Ogene, who secretly owned an undeclared company which she hid behind to purchase a London property as a serving jurist.

In what is the first known action by any Nigerian law enforcement agency following the Pandora Papers revelations, anti-corruption agency, the Economic and Financial Crimes Commission (EFCC) has summoned Mr Obi for questioning and sources at the agency told PREMIUM TIMES investigations would be extended to others in “an ongoing, gradual process.”

PREMIUM TIMES learnt that President Muhammadu Buhari has requested relevant law enforcement agencies, including the EFCC, the Nigerian Financial Intelligence Unit (NFIU), and the Code of Conduct Bureau to investigate all Nigerians whose secret dealings were exposed in the Pandora Papers series.