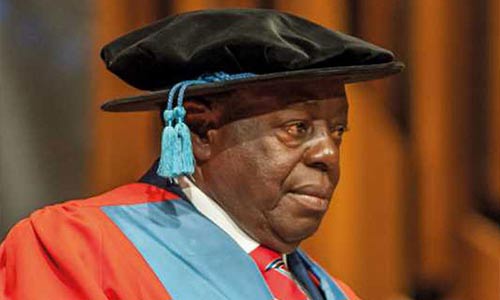 THE ongoing strike by members of the National Association of Resident Doctors (NARD) over irregular payment of salaries is one of many industrial strikes that have come to plague the Nigerian labour market. Yet, the common denominator for these strike across the labour organisations is rarely one which relates to infrastructure decay which unfortunately characterises the Nigerian industrial environment, or unfavourable working conditions, but essentially relates to the issue of payment of salaries for labour.

As widely reported, NARD’s strike which commenced on 2nd August 2021 was in reaction to the non-payment of their salaries. However, in response, the Federal Government approached the National Industrial Court to seek an order restraining NARD from embarking on the strike and when this yielded no result, the federal government invoked the no-work, no-pay rule, therefore connoting that the resident doctors would not receive any salary during the pendency of their strike action. Therefore, in this edition, I will examine the statutory and regulatory framework surrounding the government’s decision to invoke a no-work, no-pay rule for resident doctors whose decisions to resort to strike, in the first place, was actuated by the government’s failure to pay their lawful entitlements.

Sections 3 to 14 of the Trade Disputes Act generally provides the conditions that must be complied with before a strike action may be deemed lawful. First, there must be an attempt to amicably resolve the dispute. If it fails, a mediator must be appointed with a view to settle the dispute and where mediation fails, the dispute must be reported to the Minister of Labour who may then appoint a conciliator. If, however unsuccessful, the dispute is then referred to the Industrial Arbitration Panel. Any objection to the award of the panel shall, thereafter, be referred by the Minister to the National Industrial Court. Section 18 specifically prohibits workers from proceeding on strike where the procedure for amicable settlement has not been complied with, where a conciliator has been appointed, where the dispute has been referred to the Industrial Arbitration Panel and the award has become binding, where the dispute has been referred to the National Industrial Court and the Court has issued an award on the reference. It follows therefore, that any strike action being contemplated in defiance of the above procedures is unlawful.

The standard is higher for workers in the essential services. According to the Act, workers in essential services include anyone employed by the federal, state or local government, or by private enterprise in connection with, the burial of the dead, hospitals, the treatment of the sick, the prevention of disease, or for sanitation, road-cleansing and the disposal of night soil and rubbish. By this provision, doctors currently on strike are workers in essential services. Section 41 of the Trade Disputes Act provides that workers in any essential service shall not cease to perform the work for which they are employed without giving 15 days’ notice of their intention to do so. The Act further prescribes a fine of N100 or imprisonment for a term of 6 months for failure to comply.

Entitlement to salary before and during a strike

As earlier stated, the Nigerian jurisprudence on industrial strike actions is fashioned in accordance with the English common law principles. Therefore, in Morgan v. Fry (1968) 2 QB 710 at 729, it was held, succinctly, that “to a layman, the position is quite clear: in a strike, the men do not work, and the employers pay no wages.” Section 43 of the Act provides that “where any worker takes part in a strike, he shall not be entitled to any wages or other remuneration for the period of the strike”. The Court of Appeal, in Abdulraheem v. Olufeagba (2006) 17 NWLR (Pt. 1008) 280, interpreted Section 43 of the Act and held that “the Respondents are not entitled to payment of salaries ad allowances for the period stated. It was inconsiderate for the lower court to award them such salaries and allowances in fact, it is illegal in fact, it is inequitable for the lower court to have ordered for the payment of the Respondents after withholding their services from the 3rd Appellant.”

Likewise, in Oshiomhole &Ano. v. FGN &Anor. (2004) LPELR-5188(CA), the Court of Appeal, in interpreting this provision of the law, held that: “I fail to see where strike actions are authorized… Strikes are more of actions than mere expressions which, more often than not, connote making known an opinion by words. The Trade Dispute Act, gives the interpretation of strike to mean:- “the cessation of work by a body of persons employed acting in combination, or a concerted refusal or a refusal under a common understanding of any number of persons employed to continue to work for an employer in consequence of a dispute, done as a means of compelling their employer or any person or body of persons employed, or to aid other workers in compelling their employer or any persons or body of persons employed, to accept or not to accept terms of employment and physical conditions of work; and in this definition:- (a) ‘cessation of work’ includes deliberately working at less than usual speed or with less than usual efficiency; and (b) ‘refusal to continue to work’ includes a refusal to work at usual speed or with usual efficiency.”

Rethinking the no work, no pay rule

It is important to note that the Nigerian law does not totally prohibit workers from embarking on a strike action. In fact, Section 31 of the Trade Unions Act provides some conditions that must be satisfied before workers can proceed on strike, failing which such person may be liable on conviction to a fine of N10,000 or six months’ imprisonment, or both. The conditions include where the strike or lockout concerns a dispute arising from a collective and fundamental breach of contract of employment or collective agreement on the part of the employee, trade union or employer. The most common example of a breach of contract of employment on the part of an employer is non-payment of salaries and entitlements of employees which, in reference, is the failure of the government to pay the salaries and entitlements of resident doctors. It is therefore unconscionable to seek to restrict the rights of workers to embark on strike when the government, on its part, consistently breaches the contract of employment by non-payment of salaries and entitlements.

While Section 43 of the Trade Disputes Act provides that workers are not entitled to salaries for the period of the strike, it may then be well argued that such workers are not precluded from their salaries and entitlements prior to the strike, after all, it was the non-payment of their salaries, constituting a breach of contract on the employer’s part, that necessitated the strike action in the first place. In conclusion, more must be done about ensuring the prompt payment of workers’ salaries in Nigeria, more especially those in the essential services like doctors. However, in the unfortunate event that those workers have to resort to embarking on strike action to drive home their point, it is always in the best interest of all stakeholders to quickly resolve the dispute and fashion a way forward, particularly as the life and health of the greater percentage of Nigerians is at stake. Certainly, the outstanding salaries and entitlements of doctors, prior to the strike action, must be paid as there exists no law precluding the payment. Many Nigerian doctors are unable to satisfy their basic economic needs and same always has a ripple effect on effective patient care. The provision of Section 43 of the Trade Disputes Act needs to be repealed as it occasions more hardship to the workers who are always at the receiving end. I do not see why a no-work, no-pay rule should be enforced to further occasion greater deprivation on workers whose salaries were not paid even during the period of work. There is need for urgent action in this regard.