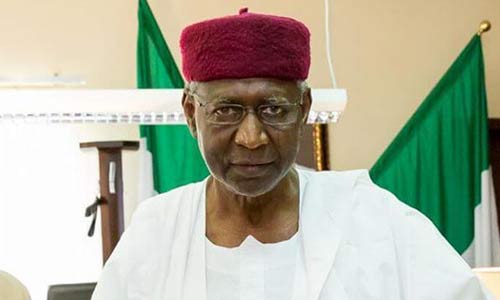 President Muhammadu Buhari, Vice President Yemi Osinbajo, many governors, ministers and other top government functionaries mingled with Malam Abba Kyari, the Chief of Staff to the president shortly before he tested positive to the coronavirus (COVID-19).

Kyari, who returned to Nigeria from Germany on March 14, had participated in several state functions and unofficial engagements that attracted prominent personalities.

It was gathered that yesterday’s confirmation that Kyari tested positive to COVID-19 necessitated the subsequent test on President Muhammadu Buhari, which turned out to be negative.

Similarly, Bauchi State Governor, Bala Abdulkadir Mohammed, who also tested positive to the COVID-19, had also visited Germany not long ago and on his return, he had attended many functions in Bauchi, Abuja, and Lagos, where he reportedly mingled with other governors, key government functionaries, among others.

The World Health Organization (WHO) said the best way to contain COVID-19 is to avoid being exposed to the virus, which is thought to spread mainly from person-to-person; and between people who are in close contact with one another (within about 6 feet).

Kyari and Bala Mohammed had earlier reportedly gone into self-isolation, but credible sources said it was too late at the time they took the decision, considering that they already had direct contacts with prominent personalities.

While Bala Mohammed is reportedly on self-isolation in Bauchi, it was not clear yesterday where Kyari is being attended to.

The Presidential Task Force on COVID-19 led by the Secretary to the Government of the Federation (SGF), Boss Mustapha, yesterday went round the Presidential Villa.

They checked the office of Kyari among others before leaving; and when asked to explain their mission, the SGF said “You will be briefed later.”

Other members of the committee during the visit were the National Coordinator for the fight against COVID-19, Dr. Sani Aliyu, ministers of health, interior, aviation, humanitarian affairs, education, information and environment. Also, on the visit were the DG DSS, DG Nigeria Centre for Disease Control and World Health Organization Country Representative.

What Kyari did in the last 10 days
Shortly on his arrival on March 14, Kyari attended the wedding of the son of the Inspector General of Police, Muhammad Adamu.

At the meeting of Progressive Governors Forum (PGF) with President Buhari on March 16, Kyari was also there and group photographs were taken.

Before the NEC meeting, Kyari had an encounter with the embattled National Chairman of the APC, Comrade Adams Oshiomhole.

On Tuesday, March 17, the chief of staff led a delegation to the Bello family compound in Okene to commiserate with Governor Yahaya Bello of Kogi State over the death of his mother, Hajiya Hauwa’u Ozoho.

The same day, he attended a briefing session by the Presidential Economic Advisory Council (PEAC) led by Professor Doyin Salami and took pictures with them.

President Buhari’s chief of staff was also in attendance at last week’s Federal Executive Council (FEC) meeting on March 18. Inside the council’s chambers, his seat was not far from that of Boss Mustapha and Osinbajo.

Kyari was sighted after Juma’at prayers on Friday, March 20, but was not seen at the Presidential Villa from Monday.

He is reportedly on self-isolation at his residence at the Defence House, Maitama, but sources said he might be moved to another facility for extensive medical care.